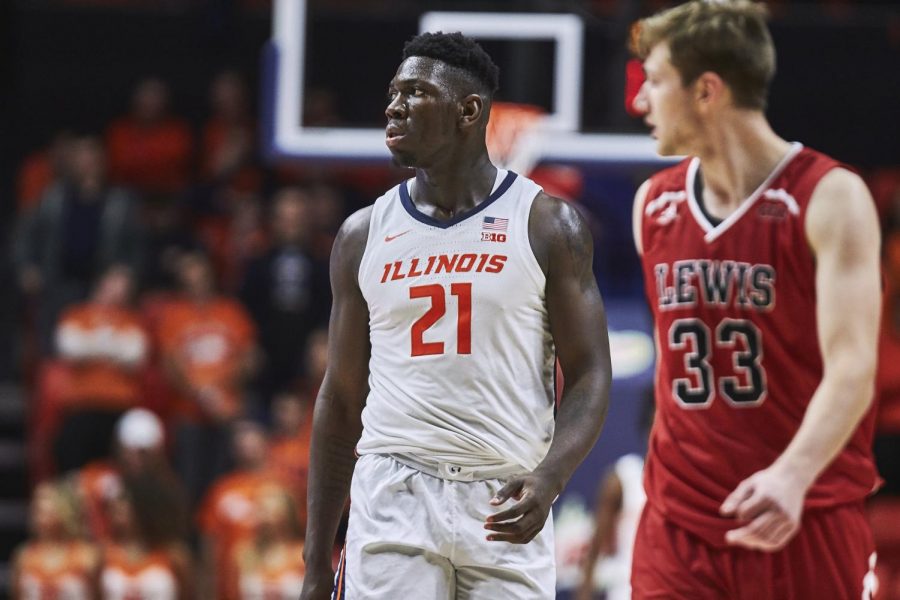 Center Kofi Cockburn is the first Illini freshman to register double-doubles during the first two outings of a season in 37 years.

The Kingston, Jamaica native was named Big Ten Freshman of the Week Monday, per fightingillini.com. Cockburn had 10 points and 11 rebounds against Nicholls State in Illinois’ regular-season opener at home on Nov. 5 and coined 23 points with 14 boards on the road against Grand Canyon Friday. Illinois won both contests, 78-70 and 83-71, respectively.

So far this season, Cockburn has started all three of Illinois’ regular-season games, not including his start against the Lewis Flyers during the Illini’s home exhibition game on Nov. 1. Following Illinois’ Sunday night loss at No. 21-ranked Arizona, Cockburn has 42 points and 32 total boards on the season, scoring an average of 14-points-per game so far. The 7-foot 290-pound center scored nine points, seven rebounds against the Wildcats Sunday.

Cockburn and the Illini will return to the State Farm Center Monday, Nov. 18 to host Hawaii at 7 p.m.