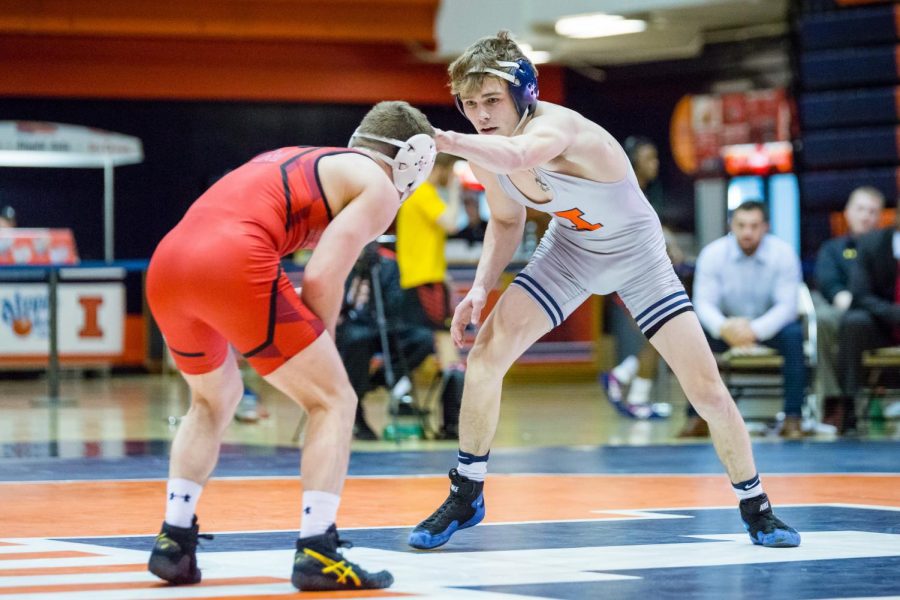 The Illini traveled to Chattanooga, Tennessee this weekend to compete in the Chattanooga Duels, where they split the match 1-1 Sunday. Illinois was defeated by Army West Point to start the day but earned its first dual-match win of the season by defeating the University of Tennessee at Chattanooga to end the weekend.

Coming off of a successful start to their season, the Illini hoped to keep the momentum going over the weekend in Chattanooga. But the day didn’t start on a positive note for the Illini. Army out-hustled Illinois and won the dual-match 19-15. Despite the loss, several Illini saw success in their first matches.

Despite a subpar team performance against Army, the second match ended in Illinois’ favor, with the team defeating UT-Chattanooga 22-10. This secured the Illini’s first dual-match victory of the season, one of the many positives the team can take away from this past weekend. The match not only ended in a team victory, but seven more individual victories as well, four of them being career firsts for dual-meets.

Multiple wrestlers found themselves behind in their matches but fought back for wins, and experience was gained as six wrestlers won their first dual-meet matches.

Illinois gets a short break before returning to the mats, as the team heads to Missouri to compete again on Thursday. Illinois will take on the No. 10-ranked Missouri Tigers in a dual meet at Francis Howell High School in St. Louis at 7 p.m.