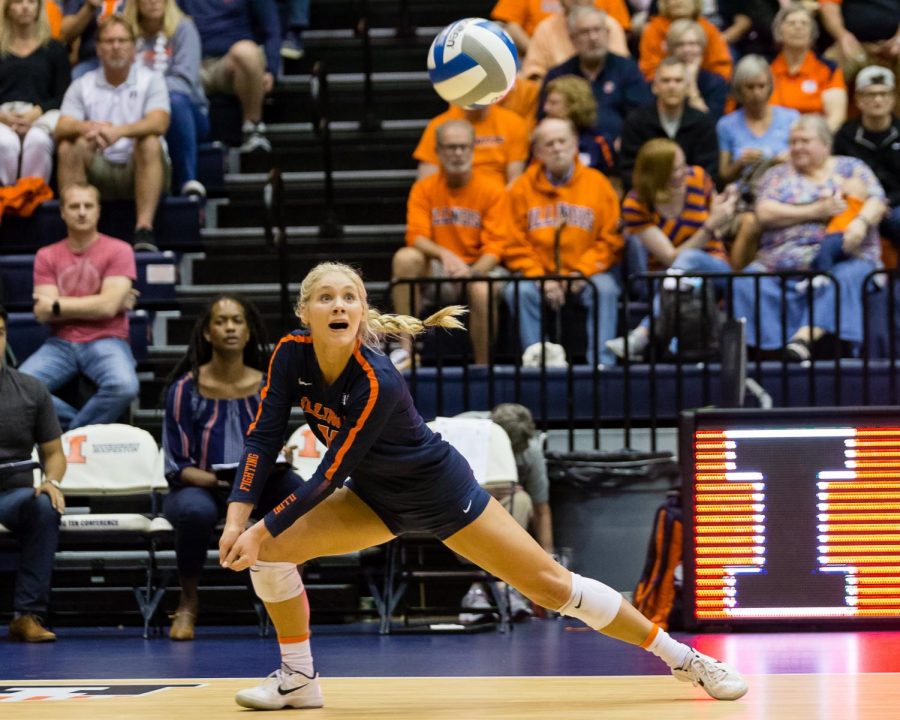 Illinois defensive specialist Morgan O’Brien gets ready to dig the ball during the match against Iowa at Huff Hall on Sept. 28. O’Brien became the third player to receive Big Ten Player of the Week accolades this season.

The conference recognition follows O’Brien’s performance against No. 8 Penn State and Rutgers this weekend. No. 25 Illinois volleyball’s backcourt threat registered 41 digs across the two matches, averaging 6.83 digs-per-set. Against the Nittany Lions, O’Brien dug 24 balls, while she recorded 17 digs and three assists against Rutgers. O’Brien has posted 329 digs on the season so far and earned a 1.00 attack percentage with three assists against Rutgers.

O’Brien put up a season-high 25 digs against No. 6 Wisconsin and No. 7 Minnesota in back-to-back matches, despite losing both contests.

Illinois moved to 13-12 overall and 8-8 in the Big Ten ahead of the team’s trip to Maryland on Friday. The Illini’s match against the Terrapins will begin at 7 p.m.