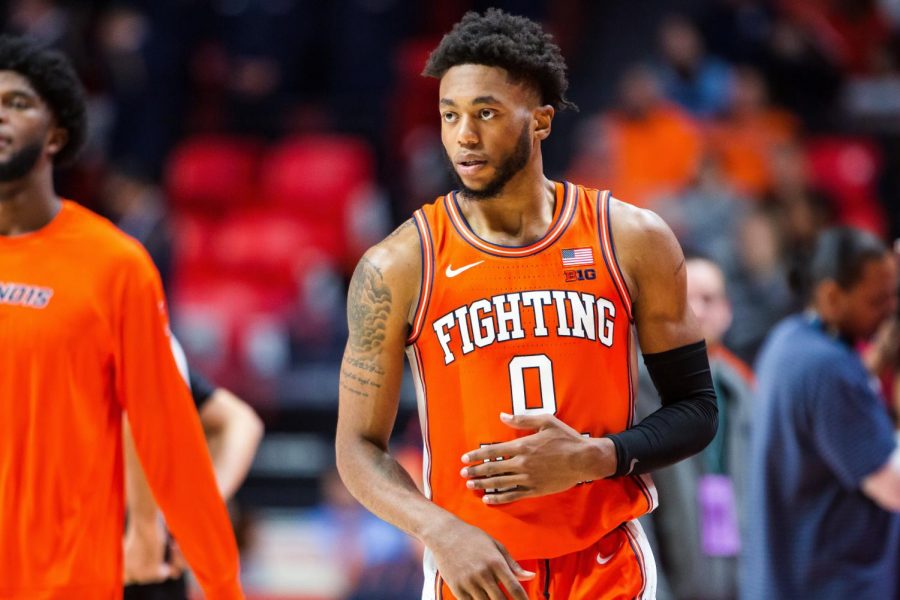 The Illini have struggled to find their rhythm offensively in the first half, but not Saturday night.

In the first 10 minutes, the Illini jumped out to a 30-12 lead. By the end of the first half, the ending was not in question as Illinois cruised to a 120-71 victory over Hampton. The Illini improve to 5-1 on the season and 4-0 at home while the Hampton Pirates fell to 3-2 overall and 0-2 on the road.

Illinois shot well and didn’t turn the ball over in the first half. The Illini shot 61% from the field in the first half and improved with 69% in the second half. They finished the game with 29 assists and nine turnovers as a team.

It was a complete performance from head coach Brad Underwood’s squad, which never trailed and led at the second half in scoring 62-31. The Illini continued to push the ball and extend the lead throughout the second. Illinois led by 53 with 2:58 remaining, which not only marked the largest lead of the game but also the biggest of the season.

The Illini were led by sophomore Ayo Dosunmo’s 20-point performance and freshmen Kofi Cockburn’s 20 points and 13 rebounds. Cockburn leads the NCAA in double-doubles with five in his first six games. He’s the first Illini to ever have five double-doubles through first six career games.

“It’s really nice to have a half that you don’t turn the ball over and have 16 assists,” Underwood said. “I’m really proud of our guys for that.”

Sophomore Alan Griffin shined off of the bench. Griffin had 19 points and six rebounds in 22:50 minutes of playing time. After the game, Underwood expressed how proud he was of Griffin.

Griffin credited his teammates for his performance.

“To see a young man who, as a freshman, really was a scorer, he was a shooter and had thirty point nights,” Underwood said. “And had that ball not gone in or he had not got shots he wouldn’t be that guy on the defensive end. In my opinion, he’s turned into one of the elite defenders not just in the Big Ten but in the country.”

Fraizer finished the game with three points and five assists while guarding Hampton’s number one scorer, Jermaine Marrow. Marrow came into the game averaging 27 points per game and finished last year as the eighth-highest scoring player in the country.

Illinois is back in action Tuesday against Lindenwood. That game will be at 7 p.m. at the State Farm Center.