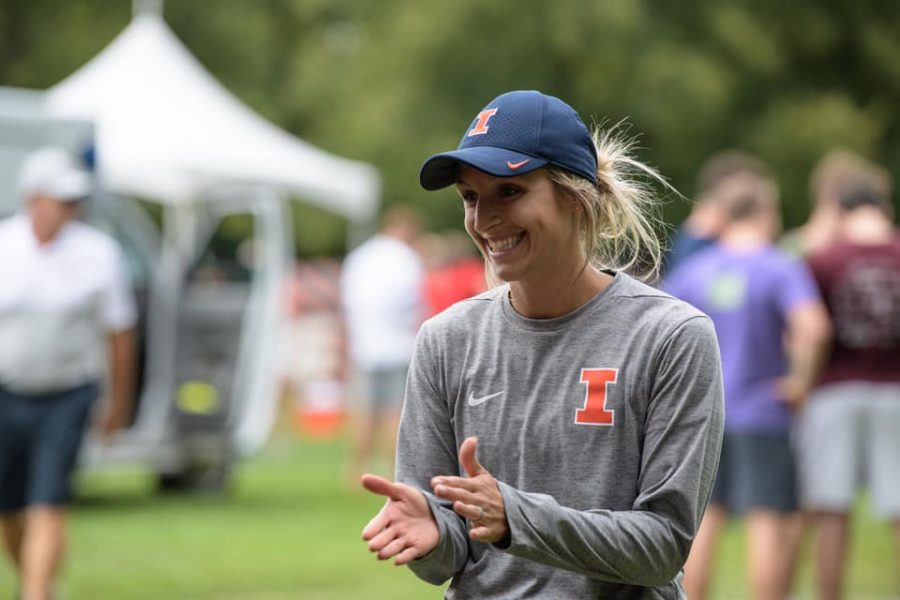 In November, Illinois head cross country coach Sarah Haveman was named the U.S. Track and Field and Cross Country Coaches Association Midwest Region Women’s Coach of the Year. Haveman is the second coach in the history of the Illinois women’s program to win the award, joining former coach Karen Harvey, who won the award in 2006.

Finishing her second season as head coach of both the Illinois men’s and women’s cross country programs, Haveman has led both teams to outstanding achievements. Haveman has seen early and productive success with Illinois, leading the women’s cross country team to the NCAA Midwest Regional title on Nov. 15. Prior to Haveman, Illinois had only won the Midwest Regional title once in program history.

“This award speaks a lot toward the team,” Haveman said. “I hope it’s an award that the whole team can enjoy … Even (though) it’s a coach’s award, I hope it could be spread across the student-athletes, athletic trainers, support staff and administration. It should be something that the University of Illinois could be excited about.”

Haveman concluded her third season with Illinois overall. In her first season of coaching both the men’s and women’s teams, Haveman coached five student-athletes to Midwest All-Region honors at the 2019 Midwest Regional, with redshirt sophomore Irwin Loud representing Illinois on the men’s side and sophomores Madison Marasco and Emma Milburn and juniors Allison McGrath and Rebecca Craddock representing the women’s team. Nevertheless, each of the four women representing the women’s team has all placed in the top-25 overall to achieve the honor of being named to the Midwest Regional Champion women’s team.

Haveman’s passion for coaching and for the sport has earned her high praise and gratitude from her student-athletes.

“Coach Haveman is the reason I came to Illinois,” said junior Rebecca Craddock, per fightingillini.com. “I knew she was looking out for my best interest from the start, and when I heard that she was switching universities (moving from Dayton to Illinois). I put my faith in her and her judgment and decided to follow her here. It was the best decision I’ve ever made … I’m so lucky to have a coach that puts all of her effort and heart into bettering each of her runners as athletes and as people.”