Tati’s Take: California-Illinois could be a match made in heaven 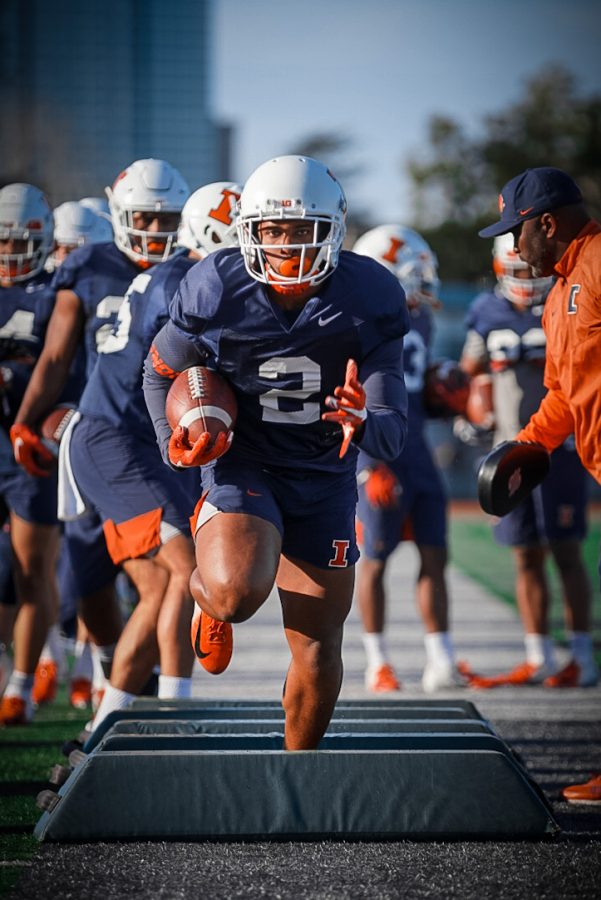 At the start of the 2019 season, California and Illinois had vastly different outlooks. The Bears were looking for post season redemption after losing to Texas Christian University at the Cheez-It Bowl in 2018. But the Illini were looking to make it to the postseason.

California started its season 4-0 with wins over Ole Miss and Washington in that first four weeks. Then Cal faced four straight losses to Arizona State, Oregon, Oregon State and Utah in its next four games.

The Illini opened the season with wins over the Akron Zips and the U-Conn Huskies, some of the worst teams in top-tier college football, but then followed up with four-straight losses of their own.

Cal broke its losing streak by defeating Washington State but was blown out by the University of Southern California after.

The Bear’s bowl eligibilty came in the last couple of games of the season with victories over Stanford and the University of California Los Angelos in the final two weeks.

Illinois broke its lossing streak with one of the biggest upsets in college football this season by defeated No. 6 Wisconsin 24-23.

The upset sparked a four-game win streak for Illinois which included a record-breaking comeback win over Michigan State. That’s the victory that placed Illinois at six wins and made the team bowl eligible for the first time since 2014.

Despite the journeys each team took to get to the Redbox Bowl, this might just be the perfect match-up for both parties.

Illinois must rely on the health of quarterback Brandon Peters who has collected 1,611 passing yards, 145 rushing yards and 20 touchdowns. But what Illinois really has in its weapon arsenal are running backs Reggie Corbin, Dre Brown, and Ra’Von Bonner, along with wide receivers Josh Imatorbhebhe, Donny Navarro, and Ricky Smalling, who have accounted for 4,402 total yards and 47 touchdowns.

For Cal there’s Christopher Brown Jr. who, let’s face it, will be quite a problem for the Illinois defense. The sophomore is speedy and agile, he’s picked up 943 yards and 11 touchdowns.

The rest of the offensive playmakers for the Bears are the receiving core. On one hand, they could be a threat, but on the other, they’ll be playing “Lovie” ball on Monday. The ball tends to go up and come down in the hands of the Illinois defense.

Illinois’ offense will be tested by the Cal defense which has held a majority of its opponents to a maximum of 20 points and has collected 34 sacks of its own.

By no means will either team walk away with an easy win, and for fans of both sides this will be quite a game.

It’s hard to make an unbiased score predition, so I won’t even try, but it’s safe to say this will be a low-scoring game with less than three points deciding the victor.