Betiku declares for the NFL Draft 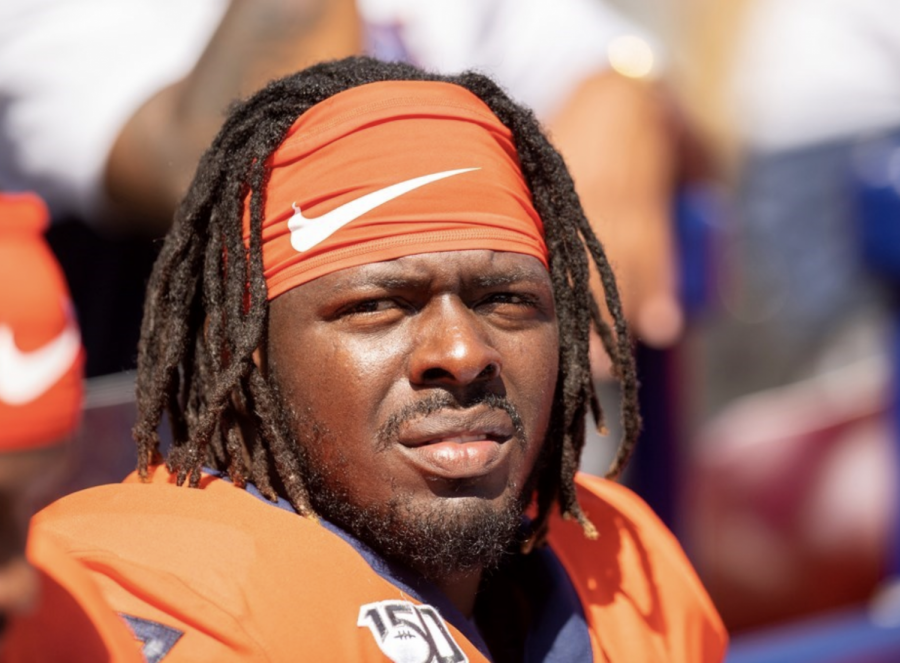 Defensive lineman Wole Betiku Jr. looks on from the sidelines during Illinois’ game against Eastern Michigan on September 14. Betiku declared for the 2020 NFL Draft, he announced via Twitter Saturday. Photo courtesy of USA Today Sports.

The third-team All-Big Ten defensive lineman Oluwole Betiku Jr. has declared for the NFL draft after just one season with the Illini.

Betiku Jr. announced his decision on Saturday via Twitter.

“I’d like to announce that I will forego my senior season and declare for the NFL draft.” Betiku Jr. said via Twitter. “Again, I’d like to thank everyone along the way that has helped me to this point. I look forward to the challenges ahead!”

Betiku Jr. led the Illini in sacks this season with 9.0, even after missing four games with an injury.

The USC transfer brought an instant impact as a starter for the Illini, who needed help on the defensive line after an offseason injury to Bobby Roundtree. Betiku Jr. totaled six sacks in his first three games for the Illini and was among the sack leaders in the nation. He finished the season 11th in the nation in sacks per game with 0.9.

His season-high in sacks came in week two against UConn where the Lagos, Nigeria native had 3.5 sacks.

Making third-team All-Big Ten had undoubtedly risen Betiku Jr.’s draft stock, after not playing much at USC during his three seasons after injuries.

Betiku Jr. has just been the latest Illinois player to move on from the team to aim to play professionally. Betiku Jr. joins players like running backs Reggie Corbin and Dre Brown, and linebacker and Big Ten leading tackler Dele Harding.

Betiku Jr. joined the Illini with a graduate transfer class that included quarterback Brandon Peters and former USC teammate wide receiver Josh Imatorbhebhe. Peters and Imatorbhebhe have decided to come back for the 2020 season, leading to hopes of continued passing production from this season.