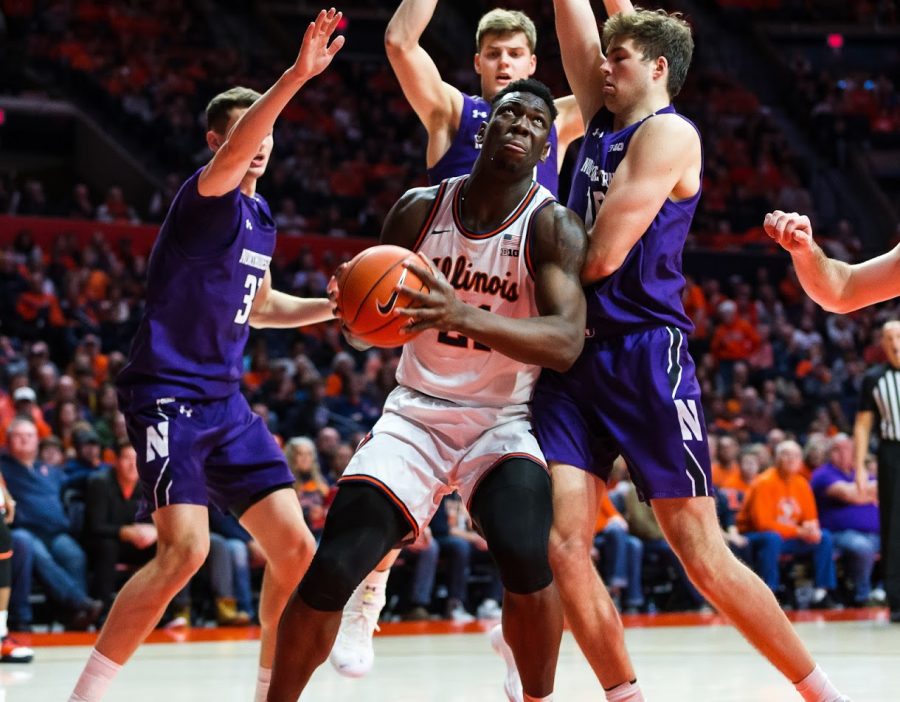 Center Kofi Cockburn prepares a jump shot during a game against Northwestern on Saturday. Illinois won the match 75-71.

The Illini have moved up the ranking ladder.

The Illinois men’s basketball team (13-5) has climbed up to No. 21 in the AP Top 25 poll released on Monday after beating Northwestern 75-71 on Saturday. This is the team’s second week being ranked this season, rising from No. 24 the week before. No. 21 is the highest the team has been ranked since the 2012-2013 season.

The Northwestern game saw all-around performances from the team, with five players scoring in double digits. Junior Trent Frazier led the team with 16 points, passing the 1,000 career point mark for the Illini. The team also benefited from another clutch performance from sophomore Ayo Dosunmu, as he scored four points in the last 18 seconds to put the game away.

Illinois joins four other Big Ten teams in the rankings with No. 11 Michigan State, No. 17 Maryland, No. 19 Iowa and No. 24 Rutgers.

Among those ranked teams, Illinois has beaten only Rutgers, losing to Michigan State in early January and Maryland in December. The Illini who are 5-2 in the Big Ten, will play Iowa on February 2.

The Illini remain in second place in the competitive Big Ten conference, a game behind the Michigan State Spartans. With games against unranked, but solid, Michigan and Purdue teams this week, Illinois set itself up for a continued rise in the rankings.