Dosunmu continues to excel on the court, elevates Illinois to top-20 ranking 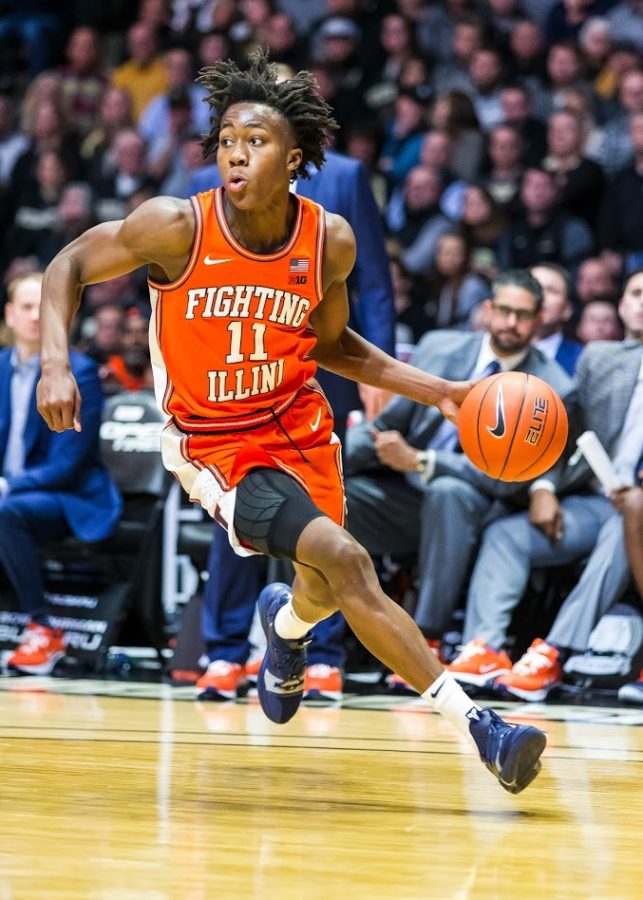 While Dosunmu struggled in Illinois’ first win of the streak at home against Purdue on Jan. 5, scoring just six points, Underwood never doubted Dosunmu being the closer. Dosunmu put the dagger in Michigan, Northwestern, Rutgers and Wisconsin — four of Illinois’ last five opponents. All four games were decided by four points or fewer.

Dosunmu had his best Illinois game last Saturday at Michigan, scoring a career-high 27 points. The Chicago native added to his career performance with a game-winning jumper over Michigan guard Zavier Simpson from the free-throw line.

“I’m running out of adjectives to talk about (Dosunmu),” Underwood said after the Michigan game. “It’s what great players do. That last play was guarded as well as you could possibly guard it. There (were) really good players making a really hard shot. Kudos to Michigan, again, they guarded. We were playing for the last shot, and (Dosunmu) knocked it down and got what we needed. Glad he’s in our uniform on our team.”

Underwood calls Dosunmu’s closing talents a God-given ability that most great players have. It’s difficult to pinpoint that ability as one specific shot or move, considering Dosunmu can ice the game with a jumper, 3-pointer, layup or free throws.

At Rutgers, Dosunmu made four free throws in the last two minutes to seal the 3-point win. Defending his home court against Northwestern, the sophomore scored the last 4 points of the game. In Illinois’ one-point win at Wisconsin, he scored the final 5 points, most notably a contested 3-pointer with 46 seconds left.

Dosunmu isn’t only trusted by his coach and teammates to have the ball in crunch time, but he also trusts himself.

“I like making the right play every time,” Dosunmu said after the victory at Purdue.

Pointing to his veins after each game-winner, Dosunmu knows his role as the cold-blooded leader. While his range of scoring ability is unmatched, Dosunmu also prides himself on knowing when to dish the ball out.

In the Illini’s win at Purdue on Jan. 21, Dosunmu recorded his first career double with 18 points and a career-high 11 assists. Following the performance, Underwood said Dosunmu is becoming “an elite, elite closer, not just with his shooting, but with his passing.”

He leads the Illini with 3.5 assists per game.

An evolving give-and-take relationship between Dosunmu and junior guard Trent Frazier has formed a dangerous backcourt for the Illini. Dosunmu has repeatedly expressed his trust in handing Frazier the ball when the shot isn’t there for him.

“(Frazier) got down on himself earlier in the season because he was missing shots so I’ve been trying to go to him,” Dosunmu said. “I tell him ‘this is what you do, you’re built for this.’ I try to get closer with him, not just on the court but off the court. We got a lot of workouts in together. I like seeing him work on his game, so in the game when he makes those shots, I’ve seen it and vice versa.”

Becoming that all-around leader has created radiating confidence from Dosunmu and the Illini, and the nation is beginning to notice.

ESPN’s Jay Bilas named Dosunmu his co-player of the week alongside Kentucky’s Nick Richards on Monday. Andy Katz, NCAA basketball reporter, picked the Illini as his March Madness Team of the Week on Monday, following the Purdue and Michigan road wins.