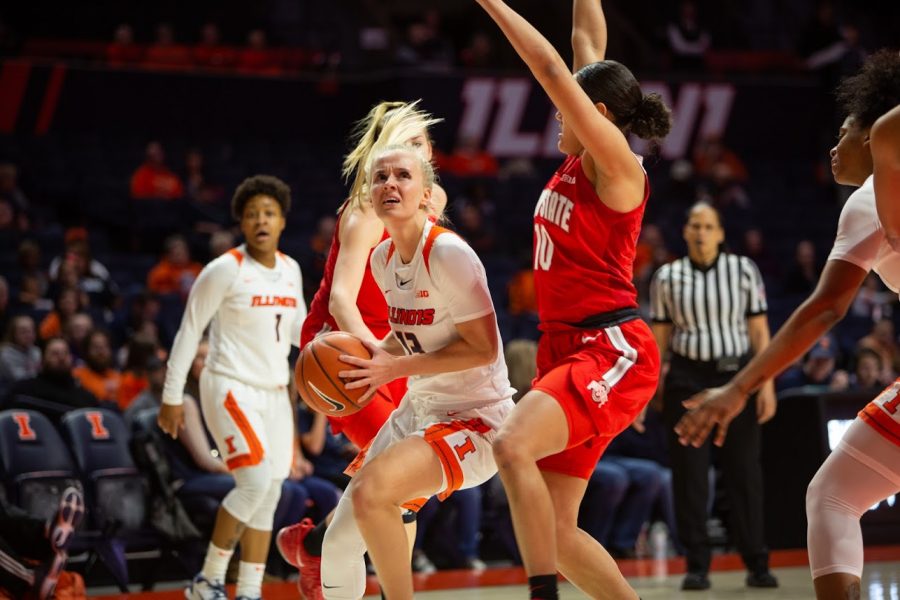 The Illini are coming off of a 70-66 road win over the Penn State Nittany Lions on Sunday. Illinois led most of the game, but a fourth-quarter Penn State rally created an interesting finish. After Penn State took a 66-65 lead, redshirt-junior guard Petra Holešínská hit a pair of game-winning three-pointers to help Illinois snap its six-game losing streak.

This will be Illinois’ second matchup against Indiana, and the Illini are hoping for a different result this time. During the first meeting between these teams on Jan. 6, the Hoosiers blew out the Illini 83-42 to claim their 13th win of the season. The Hoosiers were led by redshirt-junior guard Ali Patberg who has 19 points on 7-8 shooting from the field and 4-4 from the three-point line. Patberg only played for 21 minutes before the bench was brought in and received contributions from freshman forward Mackenzie Holmes, who finished with 16 points and eight rebounds.

Shortly after the Hoosiers defeated Illinois, Indiana endured a three-game losing streak with losses to Iowa, Northwestern and Maryland. However, in the Hoosiers last six games, Indiana is 5-1 and ranked No. 20 in the country according to the Associated Press poll.

Illinois will need to rely on another strong performance from Holešínská in order to play competitively. In Illinois’ two wins in conference play, Holešínská has averaged 28 points per game on 58% shooting from the field and deep. She has become essential for the Illini’s perimeter attack making 61 of the team’s 153 three-pointers.

“If we’re shooting the ball well, we usually play well, so I feel like I have a responsibility with that,” Holešínská said.

The Illini will also look for strong performances from freshman forward Kennedi Myles and senior forward Ali Andrews. Against Penn State, Myles filled up the box score, racking up 14 points, nine rebounds, two steals and one block. She attacked the basket with ease.

Andrews didn’t have as strong of a game as Myles, shooting just 3-9 from the field, but Andrews made two crucial three-pointers in the fourth quarter that were essential for the Illini. Her presence inside is also important for Illinois since the team lacks depth and struggled to score in the paint with Andrews playing limited time due to injury.

Following Thursday’s game against Indiana, Illinois will stay home and take on Purdue Sunday. Purdue is currently 15-10 and struggling after losing its last three games. Illinois and Purdue already faced each other back on Jan. 16 but Purdue came away with an 81-67 victory in West Lafayette, Indiana.