Illinois travels to No. 13 Penn State, hope to snap skid 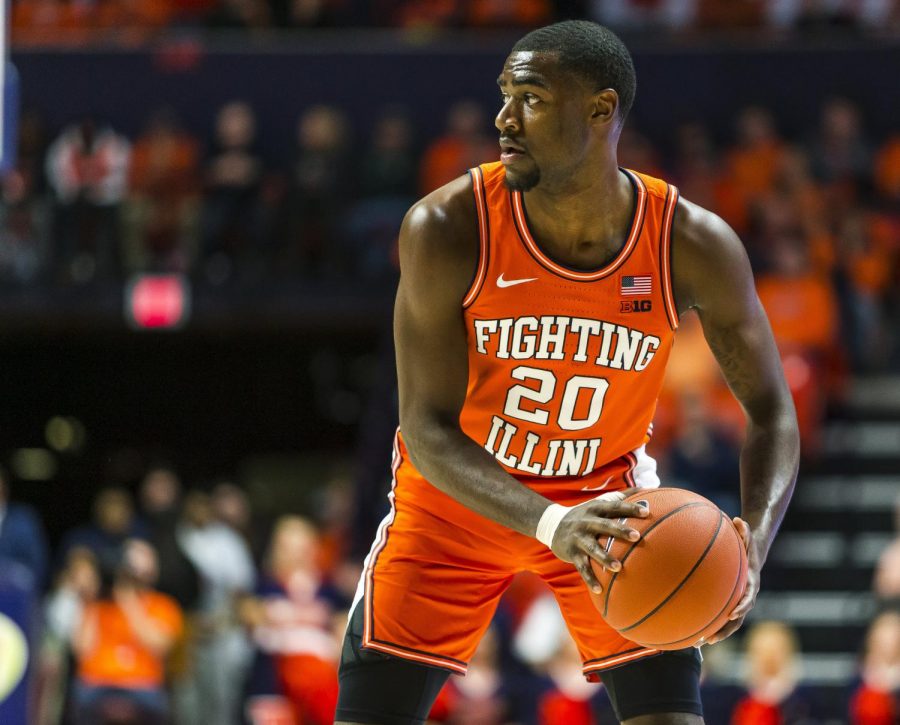 Junior guard Da'Monte Williams handles the ball during Illinois' game against Michigan State at the State Farm Center on Feb. 11. Illinois will play at Penn State Tuesday with hopes of snapping the team's four-game skid in the Big Ten.

Illinois basketball was in the midst of a seven-game win streak just three weeks ago. Now, the Illini find themselves with four-straight Big Ten losses. The Illini are nearing the end of a tough stretch in the schedule where all four losses have been to teams who are among the Big Ten’s top five.

The Illini aren’t through the stretch yet as they will travel to No. 13-ranked Penn State on Tuesday. The Nittany Lions are currently second in the Big Ten with a 20-5, 10-4 record. They have only one loss at home all season which was on Jan. 11 against Wisconsin.

Illinois and Penn State have been moving in opposite directions as the Nittany Lions are on an eight-game win streak. They most recently defeated Northwestern 77-61 last Saturday and earned a convincing 88-76 road win against Purdue last Tuesday.

Sophomore guard Myreon Jones is Penn State’s top three-point shooter and averages 14.4 points per game. Jones shoots 41.3% from behind the arc on the season but has missed the last three games for the Nittany Lions due to illness.

With Penn State’s tallest player standing at 6-foot-9, Illini freshman center Kofi Cockburn will need to capitalize on the mismatches in the paint. Cockburn has slowed down his offensive production after having several over 20-point games earlier in the season. Cockburn is currently averaging 13.6 ppg but has averaged just 8.3 points in the last four games.

Cockburn is the Illini’s second-leading scorer behind sophomore guard Ayo Dosunmu who was out with a knee injury in Illinois’ loss at Rutgers last Tuesday but did travel with the team. Dosunmu slipped at the end of the Illini’s loss against Michigan State last Tuesday, but an MRI showed no structural damage. Dosunmu’s injury has been ruled day-to-day.

The Illini offense struggled without Dosunmu in their loss to Rutgers as they shot just 31% from the field and 28% from three-point range. Sophomore guard Alan Griffin scored 14 points, nailing three three-pointers but senior guard Andrès Feliz and junior guard Trent Frazier couldn’t stay in an offensive rhythm.

Illinois and Penn State are set to tipoff in University Park, Pennsylvania at 5:30 p.m.