Sukaree reflects on journey from Thailand to Illinois 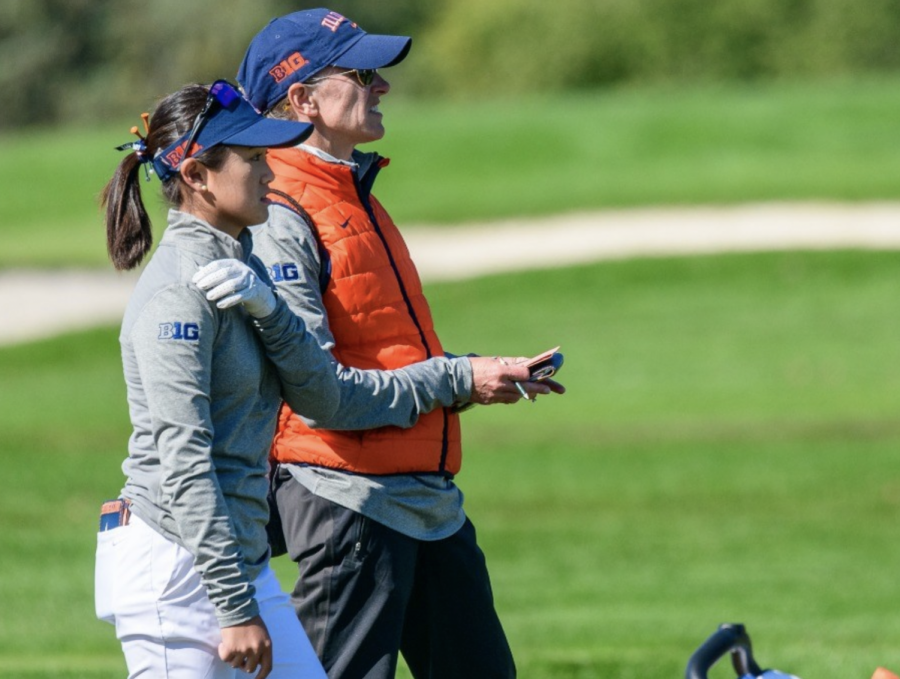 Playing college golf is a hard process in itself, but coming from another country to compete at the Division I level can make it even more impressive. Kornkamol Sukaree, a sophomore on the Illinois women’s golf team, came to Illinois from overseas, and her journey has been unique and beneficial.

Kornkamol, also known by her team as ‘Stang’, was born and raised in Bangkok, Thailand. She started golfing in elementary school but quickly realized she wanted to come to America to play golf. Her original thought was only to come for collegiate golf, but her family thought it would be in her best interest to come to the states for high school golf as well.

“I knew when I was 13 that I wanted to come for college, but I didn’t think I would come for high school too,” Sukaree said. “But my parents wanted to send me over (for high school) just to get experience and to get used to the system.”

There were a number of factors that played into Sukaree’s decision to play golf in America, but the main reason was the emphasis that universities in the U.S. put on sports compared to what they do in Thailand.

“I think that universities in Thailand are very different, we only value more of education, not sports,” Sukaree said. “The resources here are much better and the opportunity to network and benefit schoolwise too.”

Sukaree came to America for her freshman year of high school, where she golfed at Anaheim Discovery Christian Academy in California. As excited as she was to golf, Stang was nervous for her new journey. She traveled to the U.S. alone, so she was living here without any of her family.

“I think coming to the states when I was 14 was the hardest part for me, I had to be all alone because my parents weren’t there and they weren’t even close,” Sukaree said. “I got to learn a lot from that, like being independent, which definitely worked out for me.”

Having many accomplishments in high school, including multiple junior championship victories, schools did not hesitate to recruit Sukaree. She started getting recruited to play golf in college as early as her freshman year, but when Illinois reached out it immediately became her top choice. Her freshman year at Illinois was a good start for her career at the collegiate level, as she earned All-Big Ten first-team honors as well as finishing tied for 19th at the NCAA championships.

Despite only getting to go home to her family about once a year right now, Sukaree plans to eventually go back home after college. She does plan on going pro after college, but if that doesn’t work out, she will pursue a career in her major: supply chain management and information systems. Sukaree and her family hope that after working for a couple of years in the states post-college she will transfer to Thailand to be with them.

In the meantime, Stang and her teammates will be busy competing as they have a full spring schedule ahead of them. Their first invite of the spring did not go as they had hoped, as they tied for 11th place out of 16 teams at the UCF Challenge in Orlando, Florida. Head coach Renee Slone emphasized after the invite that their performance in Orlando “was not Illini golf in any way, shape or form,” and that the team should feel motivated to improve.

The ladies will travel down to Peoria, Arizona this weekend to compete in the Westbrook Invitational. The invite will be hosted by the University of Wisconsin and played on February 23-24.