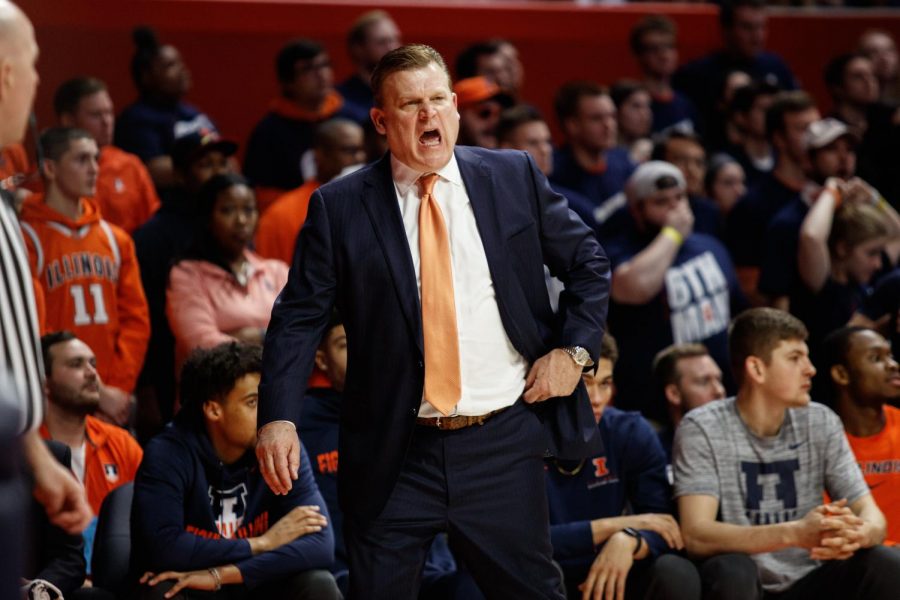 Nearly 15 years ago to the day, a then-No.1 Illinois team led by Deron Williams and Dee Brown traveled to Columbus, Ohio, looking to cap a 30-0 undefeated regular season. On that day, the Illini came up just short, 65-64, leaving a sour taste in their mouth heading into the postseason. Though they still have one game left in conference play, this year’s Illini will hope to follow a similar path to the 2004-05 team and ride a late-season loss at Ohio State into a long run in the NCAA tournament, after falling 71-63 to the Buckeyes Thursday night.

Making its return to the ranking after a brief hiatus, Illinois started the game in control, jumping out to a 20-9 lead early. The Buckeyes rallied back, however, and the free-throw line played a pivotal role in them doing so. The Buckeyes were 24-28 at the line, attempting 18 more looks from the charity stripe than the Illini.

Freshman center Kofi Cockburn looked dominant early on, but foul trouble quickly suppressed the threat he posed, as his six points in the game’s first 10 minutes were followed by a scoreless final 30.

Cockburn’s foul trouble allowed Buckeye big man Kaleb Wesson to take over in the second half, scoring 15 of his game-high 19 to lead the Buckeye comeback.

Sophomore guard Ayo Dosunmu was his usual self, totaling 21 points, five rebounds and five assists to lead Illinois, but he didn’t have much help, as the only other Illini to hit double figures was senior Andrés Feliz with 11.

Junior guard Trent Frazier’s road woes continued, as he’s failed to crack double figures in scoring in each of his last four away matchups after just eight points on Thursday. Beyond not putting up a high volume of points, Frazier has also shot the ball inefficiently in those matchups, and the trend continued, as he went 3-10 from the floor including 1-6 from deep Thursday night.

Heading into the game, fans were anxious to see how Ohio State freshman E.J. Liddell would fare, given the subplot of his recruiting history with Illinois. Simply put, the Belleville native was a sparkplug off the bench, putting up a double-double with 17 points and 11 rebounds to allow the Buckeyes to run away with the game late

The loss dropped Illinois to 20-10 overall, slotting the Illini down to what would be the fourth seed in the Big Ten Tournament at the moment. With the Illini having just one game left on the schedule before win-or-go-home season begins, it will be interesting to see how Brad Underwood handles Cockburn’s foul trouble going forward, as his quick trigger substitutions of the freshman have hurt Illinois numerous times down the stretch this season against tournament-level competition, notably the Dec. 7 loss at Maryland to go along with Thursday night.