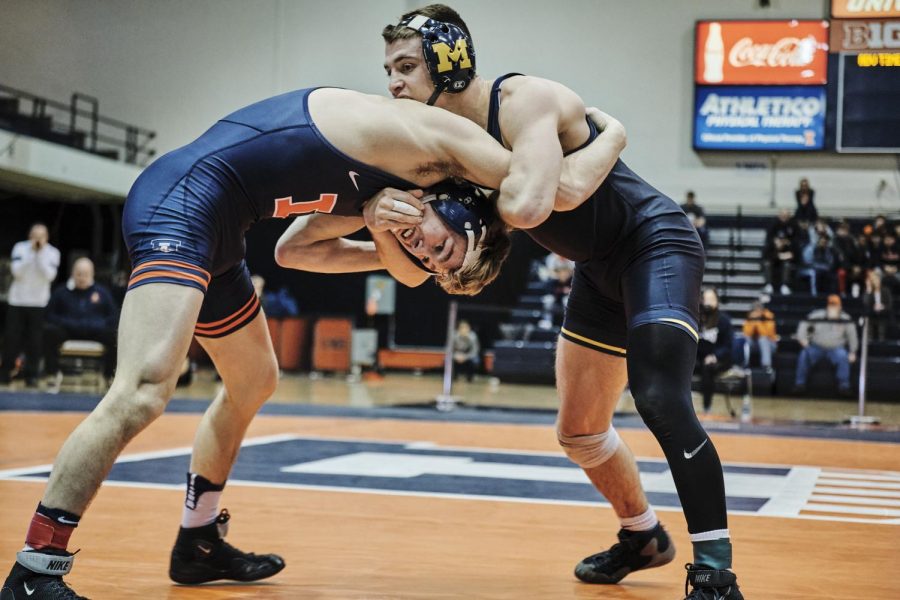 Six Illini qualified for the NCAA Tournament following victories during Session II and Session III of the Big Ten Tournament in Piscataway, New Jersey this weekend.

Piotrowski, Barone, and Danny Braunagle led the Illini in wrestlebacks Saturday, each producing 2-0 runs in the 133-, 157- and 141-pound weight classes, respectively.

Barone had a pair of top-10 wins on his way to punch his ticket to the NCAA championships, taking out Iowa’s nationally ranked No. 6 Kaleb Young and Michigan’s No. 8 Will Lewan.

The Braunagle twins are the only first time NCAA tournament goers from the wrestlers who earned bids at the Big Ten Championships over the weekend, capping of their redshirt freshman years with a chance to compete for a national title.