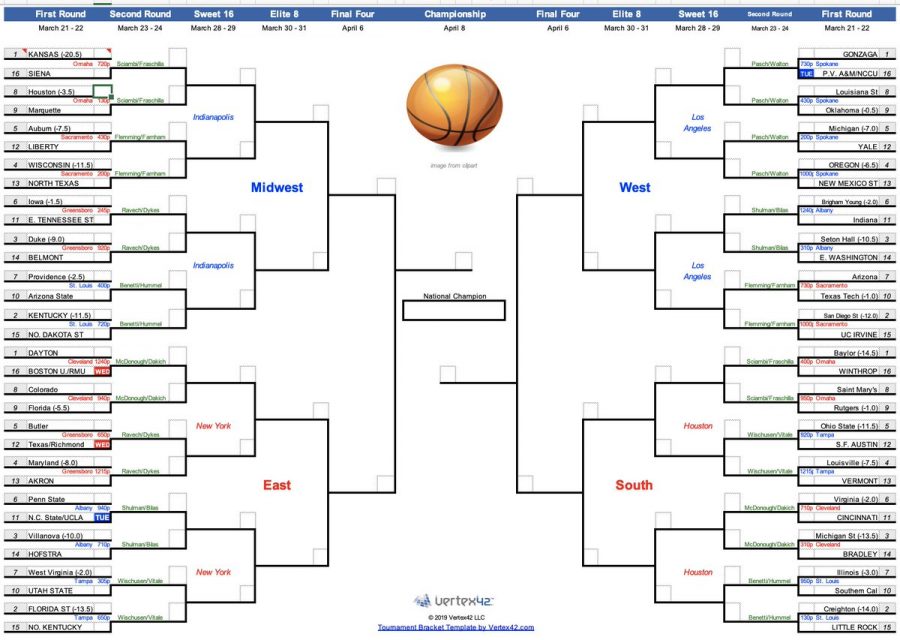 It seemed too good to be true when sophomore guard Ayo Dosunmu picked up the loose ball with Illinois down two and drained a deep three with 6.8 seconds left to steal a 79-78 upset win over 2-seed Creighton to advance to its first sweet sixteen since 2005.

That’s because it was.

No, that sequence did not actually occur, nor did that game, nor the NCAA tournament at all. It was simply a made-up scenario from famed ESPN bracket expert Joe Lunardi, who has taken things a step further beyond his normal bracket predictions this March due to the cancellation of the real 2020 NCAA Tournament as a result of precaution over the COVID-19 pandemic, providing in-depth recaps for how he believes each game in his projected bracket would have played out via Twitter. Not only is Lunardi going out of his way to simulate live-tweeting of the actual NCAA Tournament using final scores and specific game-deciding scenarios, he’s also revealing his picks in accordance to the timeline of the real tournament, finishing up with the round of 32 on Sunday night.

ST. LOUIS (715p ET)–Ayo Dosunmu, a 29% 3-point shooter, makes one off a busted play to give @IlliniMBB a 79-78 lead with 6.8 seconds left. @BluejayMBB appears to get a game-winning put back at the horn from Christian Bishop, but it is waved off upon review. #TwitterTourney2020. pic.twitter.com/TG41IgFNRr

Lunardi is hardly the only person engaging in such behavior to pass the time, as millions sit at home in self-isolation. The official college basketball subreddit is airing simulations on YouTube of each projected NCAA Tournament matchup courtesy of NCAA 2K8 and playing out the resulting games until a champion is crowned, even updating the rosters to reflect the 2019-20 season.

These aren’t sad excuses for obsessed fans to feed their March Madness craze either, as actual athletes are making their interest known in the results of the simulations, including Illinois junior guard Trent Frazier.

Beyond finding ways to simulate the actual NCAA Tournament, Twitter is having a stir using bracket-like competitions to relive both the greatest March Madness and general sports moments of years past to decide which is the greatest, with the help of fan voting. Needless to say, Deron Williams’ shot to tie the 2005 Elite Eight battle with Arizona has been running through timelines across the world over the past week.

These simulations, along with the unusually high amount of social media traffic surrounding sports content that requires some type of fan interaction, reflects just how badly people around the world miss both the NCAA Tournament and sports in general, with the situation not likely to change for at least another month.

What makes the loss of The Big Dance especially tough is it has the ability to give viewers a sense of validation like no other sporting competition in the world.

Sure, the only people good enough to play sports at NCAA Division I level and beyond are the top 1% most physically-gifted section of the population, but unlike professional sports, playoffs or international sporting tournaments, the fanfare tradition around filling out what someone thinks is a perfect bracket and sitting glued to the screen as it inevitably busts, gives fans a feeling of belonging to the outcome of the games that no other sport can provide.

Though the past week and a half without sports has felt like an eternity, the internet has proven there will never be a way to eliminate sports, and furthermore fan engagement in sports, from peoples’ lives, no matter how weird things have to get.

So for the next few weeks, or months, until actual live sports return, expect many more simulations of the hypothetical NCAA Tournament, highlight reels of NBA role players you never knew you needed and most importantly, the clip that goes “Williams, to tie it with a three, he does!”