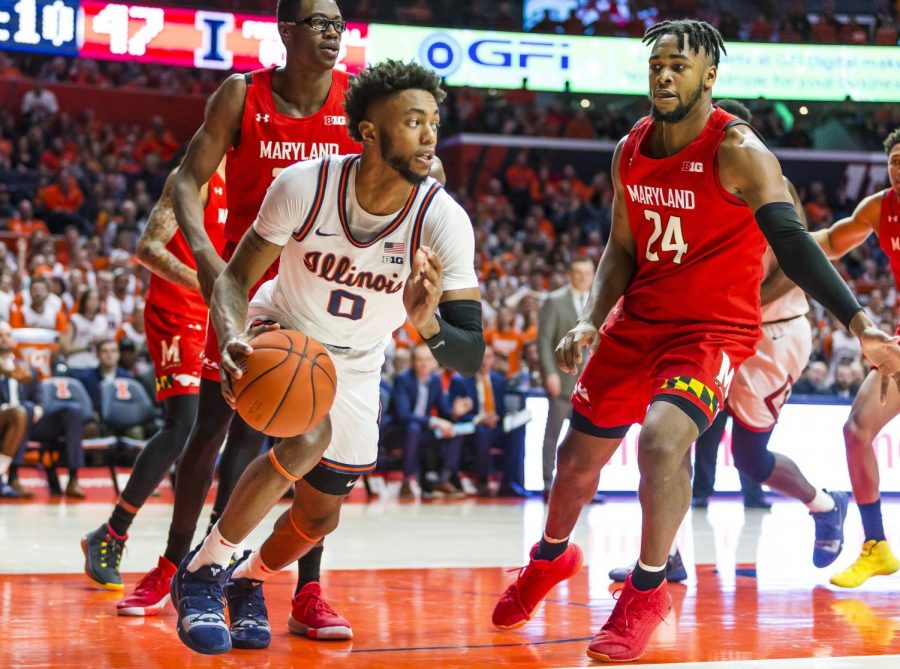 Sophomore Alan Griffin drives against Maryland on Feb. 7. The Illini lost to the Terrapins 75-66.

Sophomore guard Alan Griffin announced his transfer from the Illinois men’s basketball team via Twitter on Tuesday night. Griffin came off the bench for the Illini, often as the sixth man, but played in 28 out of the team’s 31 games and averaged 18 minutes of play per game.

Griffin averaged 8.9 points for the Illini this season and was the Illini’s strongest three-point shooter, averaging a team-high 41.6% from behind the arc and 48% from the field this season. The sophomore was also a relentless rebounder, grabbing 4.5 rebounds a game.