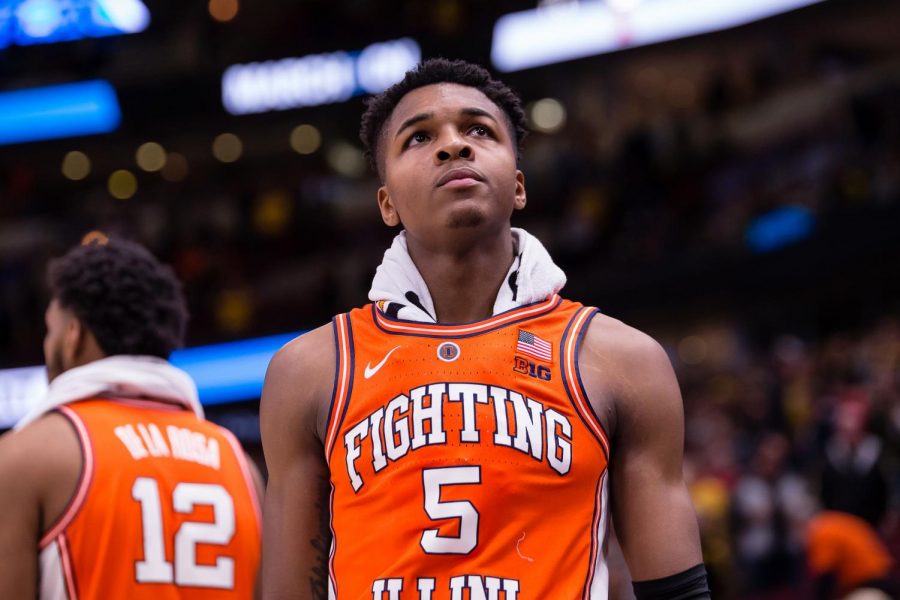 Illinois guard Tevian Jones (5) takes a look at the scoreboard during the game against Iowa in the second round of the Big Ten Tournament at the United Center on Thursday, March 14, 2019. The Illini lost 83-62.

Rising junior guard Tevian Jones is the second Illini men’s basketball player to enter the transfer portal following the 2019-2020 season, according to a tweet by The Athletic’s Brendan Quinn on Wednesday afternoon. Rising junior guard Alan Griffin previously announced his own transfer from the program Tuesday evening via Twitter.

Another Illinois guard is in the transfer portal. This time it’s Tevian Jones.

Despite being a highly-touted recruit, Jones averaged just 2.6 points and 1.1 rebounds a game with the Illini. He averaged just 5.2 minutes of play per game this past season.

This story is still developing.