Illini of the season: Sickels, Rummel anchor lineup next spring 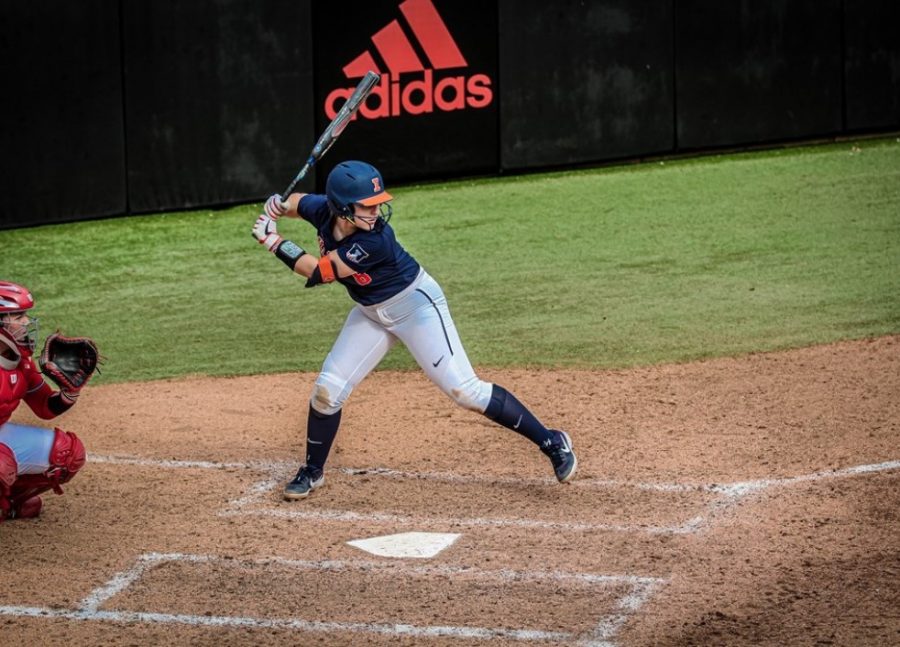 Illinois wasn’t having a storybook season at 11-11, per se, but there were plenty of bright spots and great moments for a team dominated by underclassmen. Whether it was going undefeated at the NFCA Classic or rallying late to knock off a ranked Missouri squad, this Illinois team had the goods to make this an interesting and successful campaign, building up to next season where every starter is set to return. With the abrupt ending, let’s take a look at the team’s MVP, a senior that will be missed most and the underclassman to keep an eye on.

If anyone has seen “Sophie’s Choice” starring Meryl Streep, they know how tough it was for her to pick one of her children. Well, picking between sophomore pitchers Sydney Sickels and Addy Jarvis is tough, too. In the end, Sickels wins by a hair.

Illinois’ success this season has relied almost entirely on the arms of these two pitchers, who have both registered ERAs south of 2.50. But the versatility Sickels has shown, as well as her ability to silence batters with punch-outs, gives her the edge over Jarvis.

Despite only holding a pedestrian 4-5 record, which can be largely attributed to a lack of offensive production, Sickels has baffled hitters all year long with a 2.38 ERA while striking out 82 batters in 70 ⅔ innings of work. While throwing seven complete games is impressive, her success as a closer, recording five saves, shows how invaluable she is to the success of the Illini.

“I like it a lot,” Sickels said regarding her role. “I like helping my team whenever I can, whether it’s coming in the last inning or starting the game.”

Only being a sophomore, Sickels still has two seasons to improve and shine as the Illini try to become a Big Ten title contender.

Senior they’ll miss the most … probably

While the Illini have only two graduating seniors — who may have the chance to return — that doesn’t mean that their presence will not be missed, especially infielder Maddy Adams.

Adams, who played at Chattanooga and Lake Land College before arriving at Illinois, has played sparingly. After not seeing action in her junior year, Adams has played in just under two-thirds of games this year, and she has performed well with a .286 batting average. But it’s more than just stats. This young Illini team is losing a fun, experienced veteran who kept the team loose.

“We had just heard the Ivy League get canceled,” Adams recalled about the first time she thought about the impact COVID-19 could have. “I remember looking at Madison and was like, ‘Let’s sing, let’s dance on the bus. It could possibly be our last bus ride.’”

While Adams might have the chance to return for a fifth season, it sounds likely that this is it for the Indiana native.

“Everything is really unclear with my major for school,” Adams said. “I need an internship after the semester is over to graduate, so that was kind of in my future plans, but I’m really unsure with everything right now.”

Jarvis and Sickels are a dominant duo who are only sophomores, but they’re already gaining the attention of Illini fans. Freshman utility player Delaney Rummel, though, is a player that can help anchor a struggling Illini lineup next spring.

Rummel, who’s only a freshman, showed huge upside at the plate this season, especially when it came to power, racking up five home runs, a team high. With being a utility player, Rummel also gives head coach Tyra Perry the luxury of placing her at multiple positions.

While Rummel did end the season on a major slump, which plummeted her batting average to .194, that shouldn’t take away the positives from a shortened freshman campaign. Rummel was the Big Ten Co-Freshman of the Week back in early February after hitting three home runs in two games against North Carolina State in the ACC-Big Ten Challenge.