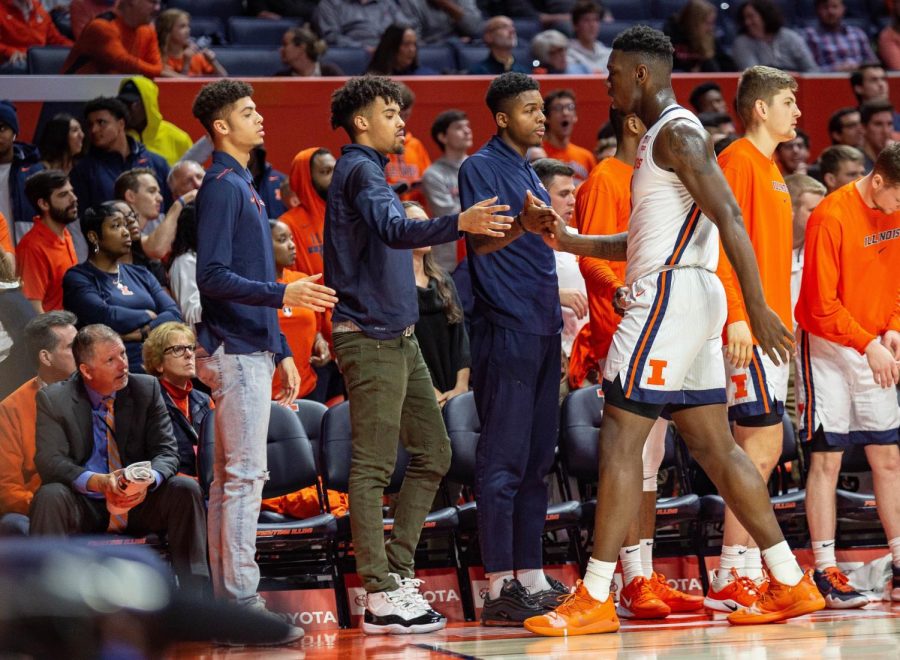 Transfers have become a fundamental component for college basketball coaches to build their rosters in recent seasons. This season, each of the top seven teams in the final edition of the Associated Press Rankings had at least one transfer player in their starting lineup. In the past week, Illinois has been involved in the transfer market on multiple fronts, as sophomores Alan Griffin and Tevian Jones each choose to leave the university, while Brad Underwood and Co. have sent out a few feelers to players from other schools looking for a change of scenery as well. Despite losing two young wings, the Illini have two players that sat out the 2019-20 season ready to step in at those exact spots. Beyond that, multiple players that transferred out of the program following Underwood’s first two seasons have found success at other programs this year.

In today’s college basketball climate, players are going to transfer out more frequently than they would have a decade ago. Illinois head coach Brad Underwood sees a trickle-up effect as the catalyst for the constant player movement.

“It starts down at the lower levels in my estimation,” Underwood said. “We see kids start playing AAU basketball or out-of-season non-scholastic basketball, and throughout their livelihood doing that they may play for six or seven teams, they may play for three. It’s very prevalent in high schools to play for multiple high schools sometimes, so I think that has set a tone to a certain extent.”

Heading into the unexpectedly early 2020 offseason, the writing was on the wall that sophomore wing Tevian Jones would leave the program. After battling multiple suspensions for violations of team rules over the course of his two seasons, Jones simply could not crack the rotation on a consistent basis once he became eligible for good in December, averaging 0.9 points per game on just 5.2 minutes a night, failing to live up to his four-star rating out of high school. Coming to the Big Ten from the west coast after committing very late in the recruiting cycle, it was always going to be interesting to monitor Jones’ fit with the roster, a move that ultimately did not pan out.

The departure of fellow sophomore wing Alan Griffin was far more shocking. A player who seemed primed to usurp soon-to-be senior Da’monte Williams in the starting lineup heading into 2020-21, the sophomore who averaged 8.9 points per game decided to instead pursue an opportunity at another school yet to be announced.  It felt as though Griffin was on the cusp of cracking the starting lineup on a permanent basis as the calendar turned into 2020 before he picked up a suspension for intentionally stepping on the chest of Purdue’s Sasha Stefanovic during the teams’ Jan. 21 matchup.

Even after returning, Griffin continued to blossom off the bench, including a breakout game with 24 points at Northwestern on Feb. 27. Griffin’s decision-making process is quite clouded at this point, as many speculated he would be joining his brother A.J., a five-star Duke commit in the class of 2021, but Griffin intriguingly dropped the Blue Devils from his list of finalists after initially considering the ACC powerhouse.

Adds that he’s “still open to others.”

Despite losing a potential big-time contributor, Underwood took the high road and wished Griffin luck wherever he ends up in the future

“I’m never surprised by anything today and there’s nothing that’s shocking anymore, you almost become numb to it,” Underwood said. “He’s (Griffin) made his decision for what his reasons are and you wish him nothing but the best and you feel excited how he continued to improve here. I wish him nothing but the best. Hopefully, he’s in that position to find what he wants.”

With Griffin and Jones now both out of the picture, the path has been paved for six-foot-six-inch junior transfers Austin Hutcherson and Jacob Grandison to slide in and contribute right away in 2020-21.

Capable of initiating offense and knocking down open-threes, Hutcherson will profile more similarly to Griffin, while Grandison, with his 200 lb. frame, has the opportunity to become the versatile small-forward/stretch-four combo player Jones could have been.

“Those two guys are basically the same size but they’re very different,” Underwood said. “Austin can play 1, 2 and 3, Jacob can probably play 2, 3 (and) 4, so they bring different things to the table in what they do, (but) to have those two guys go through a year of practice was huge. There was times in practice where, on the scout team, they were a handful. They’re older, they both gained weight, I think that’s allowed us to be in a position (where) we don’t have to panic, we don’t have to go out and take a piece that’s a question mark.”

Generating offense from the wing was very hit-or-miss this past season for the Illini, so having two older veterans with a year to sit back and learn the system could be a blessing for next season’s team.

Looking ahead to next season, the roster picture is looking relatively clear. As the calendar turns to April, the statuses of sophomore Ayo Dosunmu and unsigned four-star commit Adam Miller are the only major questions still left unanswered. That being said, Underwood is not sitting back contently, as he’s looking to possibly add a graduate transfer if he can find the right fit.

“You start getting very detailed (and) we could potentially use a stretch-four, I think it depends on the one-time transfer rule if kids (or) if kids are eligible,” Underwood said. “We get so consumed with grad-transfers and our recruiting classes we forget about the No.1 team in the country most of the year was Baylor and their roster was all sit-out guys for the most part. We forget about those guys. If we had a sit-out guy, it could be anything from a big to a point guard so we’re evaluating everybody (at) all positions, and if a stretch-four was the right fit, potentially, with the right body type and the right skill-set that’s one that we would maybe move on.”

That stretch-four Underwood referred to could possibly be Kentucky freshman Khalil Whitney. The former five-star recruit, who ultimately chose Kentucky over Illinois out of high school last year, decided to leave the Wildcats quite early on in the season, making him a prime-candidate to likely have an argument for immediate eligibility. Whether or not Whitney could get a waiver may not even be important if the new Big Ten-supported transfer rule is put into effect for the 2020-21 season that would allow student-athletes one transfer without having to sit out a season.

Beyond Whitney, the staff is also in talks with University of Nevada Las Vegas graduate transfer Jonah Antonio. The six-foot-five-inch shooter averaged 6.9 points per game with the Rebels last season.

UNLV grad transfer Jonah Antonio tells me he's receiving interest from the following programs as well as several others:

Having as much talent returning as he does along with the additions of Hutcherson, Grandison and some highly-touted freshmen means Underwood does not have to take any unnecessary risks in seeking out transfers, compared to a program like Wichita State for example, which needs all the players it can get after nearly every contributor from last season put their name into the portal. Instead, the staff will continue to do its due diligence and only make an addition if it’s absolutely an ideal fit.

“We’ve heard of some schools out there that are calling some of these grad-transfers and calling some these kids and saying ‘hey you have 24 hours to make a decision or we’re out’ and there’s so many kids in the portal that they can do that,” Underwood said. “We’re not doing that, we’re being very selective and we’re in a great position in our recruiting to not have to take a chance. We’ve got to make sure we’ve got the right fit for our locker room and the right fit for the pieces on the court.”

Checking In On Former Illini

Though Underwood took solace in not being in a position to have to take risks in recruiting this offseason, he had to during his first two recruiting cycles in Champaign in order to find the right players to build around, and unfortunately, some guys just didn’t fit. The social media era has allowed smaller schools that would previously go unnoticed to generate enough viewership to send their best players to the NBA, evidenced by former Illini Kendrick Nunn shining at Oakland University (Mich.) before taking off this year with the Miami Heat, and several players from Underwood’s first two seasons have followed a similar path to Nunn’s, hoping to strike it big just as he did.

Te’Jon Lucas knew that playing time in the backcourt would be tough to come by with Ayo Dosunmu and Andres Feliz coming in, so he decided to join Wisconsin-Milwaukee and sit out 2018-19 with two years of eligibility remaining. This season, the junior blossomed, averaging 14.6 points, 5.1 assists and 4.3 rebounds per game as he was named to the Horizon League All-League Second Team.

Greg Eboigbodin left the program in 2018 after his freshman year, deciding to try his luck at Northeastern. After also sitting out last season, the sophomore served as an energy big off the bench for the Huskies, averaging 2.4 points and 4 rebounds as Northeastern fell one win short of making the NCAA Tournament.

Also a part of the 2017-18 Illini, Missouri’s Mark Smith secured his second straight win over his former school on Dec. 21 despite not scoring. Injuries forced Smith to miss a month of action between January and February, and the junior finished the campaign averaging 10 points and 3.9 rebounds per game for a 15-16 Tiger team.

As far as 2019 departures go, center Samba Kane averaged 5.8 points and 4.7 rebounds per game at Indian Hills Community College in Iowa while forward Anthony Higgs’ current school is unknown at this time.