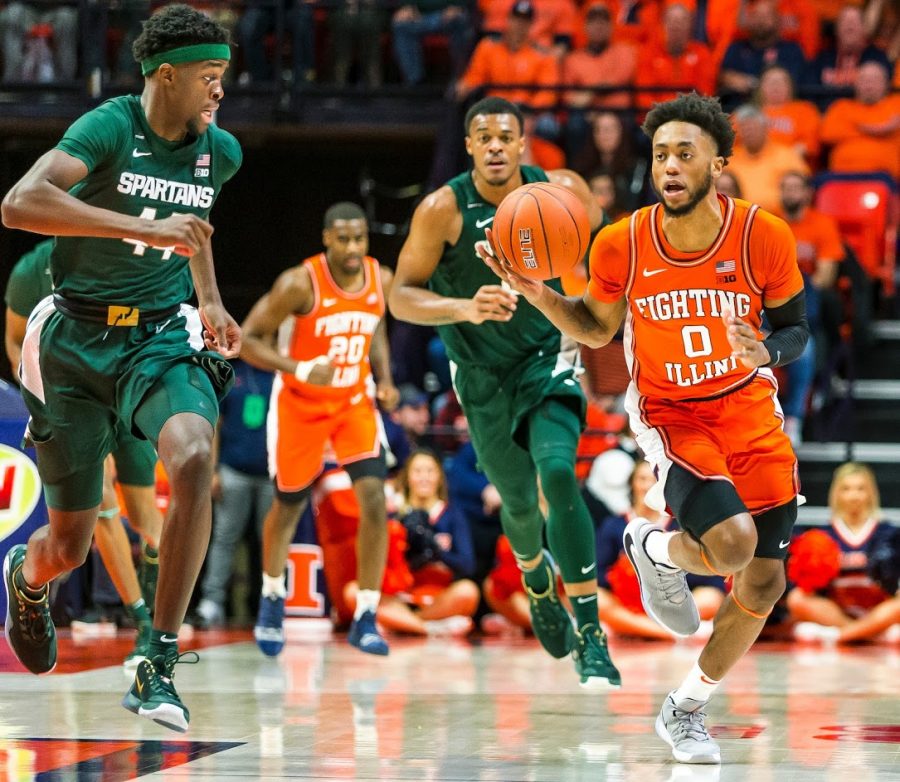 Sophomore Guard Alan Griffin drives up the court past Michigan State Spartans forward Gabe Brown during the first half at State Farm Center on Feb. 11, 2020.

Former Illinois sophomore guard Alan Griffin announced he will be transferring to Syracuse University next season. Griffin entered the transfer portal on March 24, via a post on his personal Twitter account.

Griffin averaged 8.9 points per game for the Illini this season, shooting a team-high 41.6% from behind the arc and 48% from the field. Syracuse will be getting a competent scorer and hard-worker in Griffin, who increased his playing time by nearly 10 minutes across his two years at the University. He also offers Syracuse an upgrade from behind the arc after the team had just a 32.9 three-point percentage last season.

“The main reason was that their (Syracuse’s) plan matched mine,” Griffin wrote in the text to Syracuse.com while explaining his decision. “They were straight-forward [with] what needed to be done.”

Griffin, who also considered Arizona, Dayton, Iowa State, Miami and Texas before settling on Syracuse, will most likely sit out next season due to NCAA transfer rules. He will have two years of eligibility at Syracuse.