We need to learn to live without sports 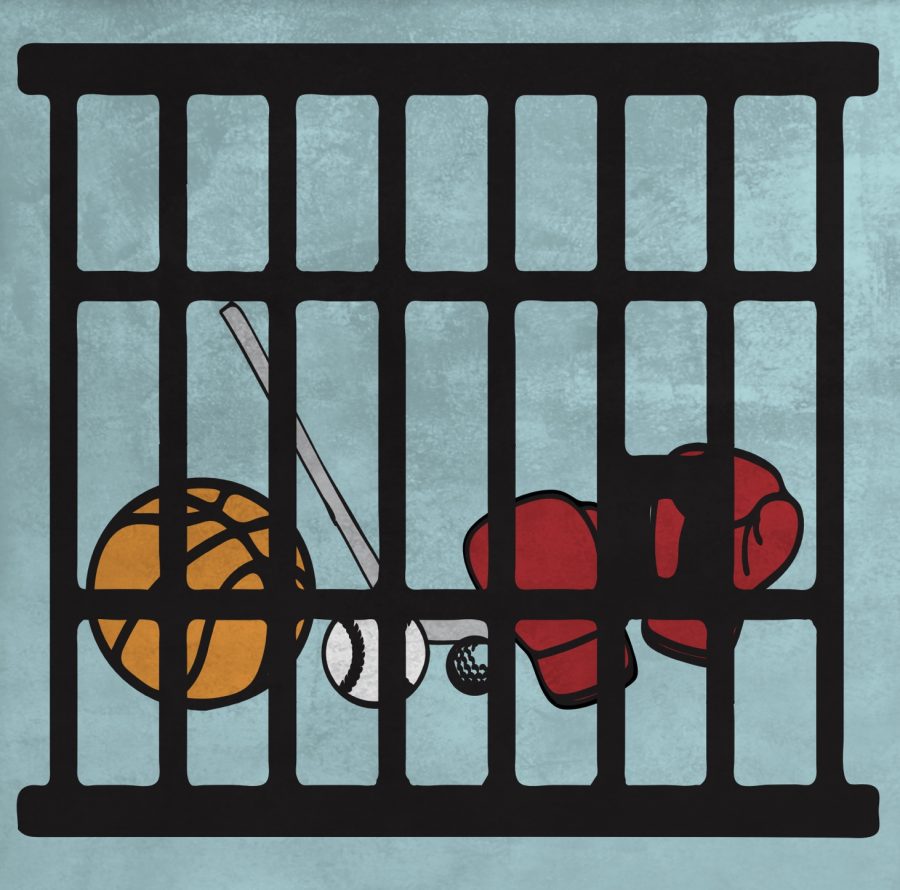 On Tuesday, ESPN reported that the MLB was looking into a plan that would allow them to start play as early as the beginning of May. This plan has the support of high-ranking medical officials who think the MLB would be able to do this safely.

The plan would require every MLB game to be played in Phoenix-area stadiums with no fans, while having players and personnel live in local hotels traveling only to and from stadiums.

As a sports fan, sportswriter and sports lover, I understand the desire for the sports world to resume. As fans, we missed March Madness, MLB opening day and likely the NBA finals. These are all things that are unmatched in sports for their uniqueness and excitement.

Sports in the U.S. have the ability to draw all Americans to a single event and distract us from what is going on, which is why they are so ingrained in the fabric of our country. Sports have been constant through almost all national tragedies, except for this one.

Over the weekend, President Trump had a conference call with all the sports league commissioners, asking them to resume operations as soon as they can.

As much as we all miss having sports in our everyday lives, we have to understand as a nation that sports cannot continue for the foreseeable future. Having sports back, even if the events have no fans, would still require hundreds of people in a designated area at a time without being able to follow social distancing guidelines.

Zach Kram of The Ringer wrote about the number of people that would be needed to sustain an MLB season, even if the games had no fans. There would be thousands of hotel workers, medical professionals, stadium staff, team media and other employees who would have to stop their lives just to isolate themselves for people to play a game.

Even if the MLB had all these people agree to isolate themselves, they would need to be tested. Tests are not even readily available to the general public, so using the ones that would be available just for the sake of a season of baseball games would show just how wrong our priorities are.

The UFC is one sports league that is trying by all means to avoid having their events canceled. According to ESPN, UFC president Dana White says he is close to securing an island for weekly UFC events for the next two months. The first fight would take place on April 18 and would include 12 fights.

I’m bad at math, which is why I am a journalism major, but let me try to break the numbers down. Twelve fights mean 24 fighters. If each fighter had no more than four people with them in their camp, that would mean 96 people. Then, including all announcers, reporters, UFC officials, camera people, medical staff and venue staff, the UFC is looking at well over 100 people each week for eight weeks. The possibility is over 1,000 people, all in close contact with each other, in one area for two months. This is all during a viral pandemic.

Luckily, ESPN reported on Thursday, because of pressure from Sen. Dianne Feinstein from California, White says the UFC event won’t happen on April 18 due to the virus. The UFC was the last of the major sports leagues to cancel events.

We have already seen over 12,000 deaths in the U.S. alone, and by the time April 18 comes around, we are likely to see many more. This is bigger than sports, especially because sports events lend themselves to be petri dishes for this virus to spread even further.

We need to realize that sports cannot happen until this is all over. While sports were the first aspect of our daily lives to leave us during the pandemic, they will likely be the last one to return.

However, just because we have to give up live sports doesn’t mean we have to give up sports content. Sports media companies are trying hard to bring the public content. ESPN moved up the release of their much anticipated 1997-98 Bulls season documentary “The Last Dance” so that people could have a taste of sports.

Use this time to explore ESPN’s “30 for 30” series, or even listen to sports podcasts like the Daily Illini Sports Podcast (shameless plug). Read in-depth feature stories about your favorite athletes, watch interviews from your favorite teams, or call up a friend and debate if a team of five LeBron James could beat a team of five Magic Johnsons. Now that I think of that, I have to figure out which side I’m on.

If you miss the athletes themselves, a lot of NBA players have their own podcasts, including J.J. Reddick and Vince Carter. The Players Tribune is a publication that has content mostly created by athletes themselves. This is the time for us to appreciate athletes for not just what they can do in their field of competition, but the difference they can make in the world as people.

And if that is too much, go play catch with the people you are quarantined with.

Sports will return. But if we rush them, the consequences will be life or death.