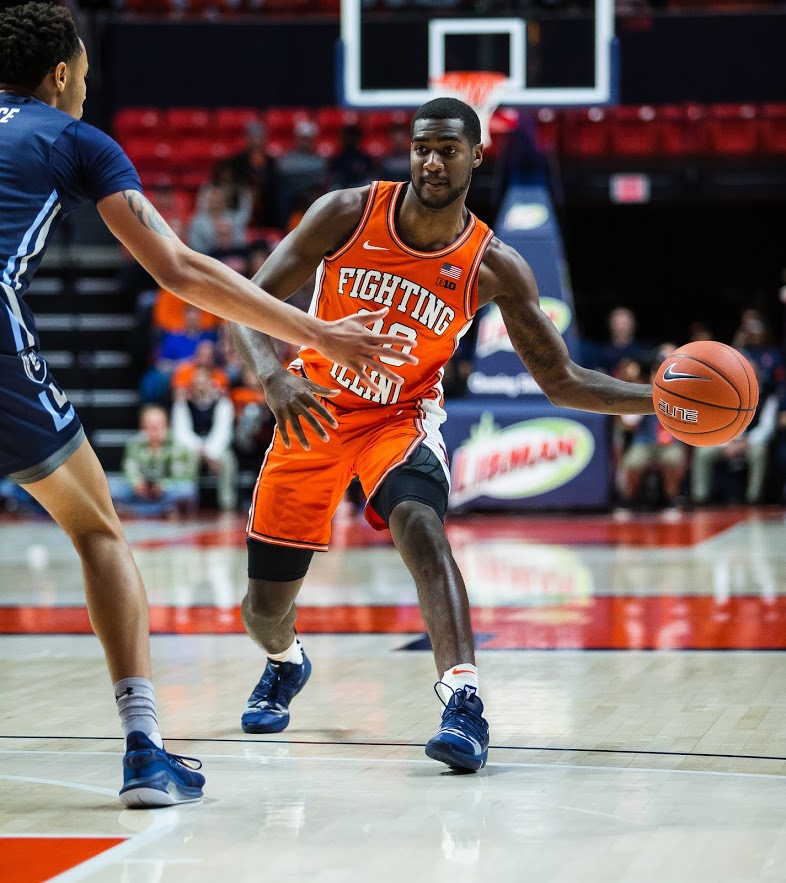 Junior Guard Da'Monte Williams passes the ball during the match against Old Dominion on Dec. 14, 2019.

Entering the 2019-2020 season, Illinois introduced three new modern uniforms to go along with their orange “Flyin’ Illini” themed uniforms that debuted during the 2018-2019 season.

The new modern uniforms feature a thick three-pattern stripe on all three uniform sets. The home whites and alternate orange uniforms spell out “Illinois” across the chest, while the road blue uniforms have a two-leveled “Fighting Illini” across the front.

In December, the Illini surprised fans with a second white uniform as a throwback to the 1970s, which features Illinois in a navy-blue script across the chest. Let the rankings begin.

Recently, scrolling through the Illini Twitter universe, I have come across fans asking for Illinois to break out the 2004-2005 throwback uniforms. The 2004-2005 uniforms are great because they are clean and don’t feature any crazy designs, like a massive zig-zag down the sides. If Illinois uses more new uniforms in 2020-2021, I might have to update this list, especially if they offer any resemblance to the uniforms the best team in Illinois history wore. The Illini have good uniforms, and they do a good job of wearing the uniforms they know the fans like. Keep that up, Illinois.