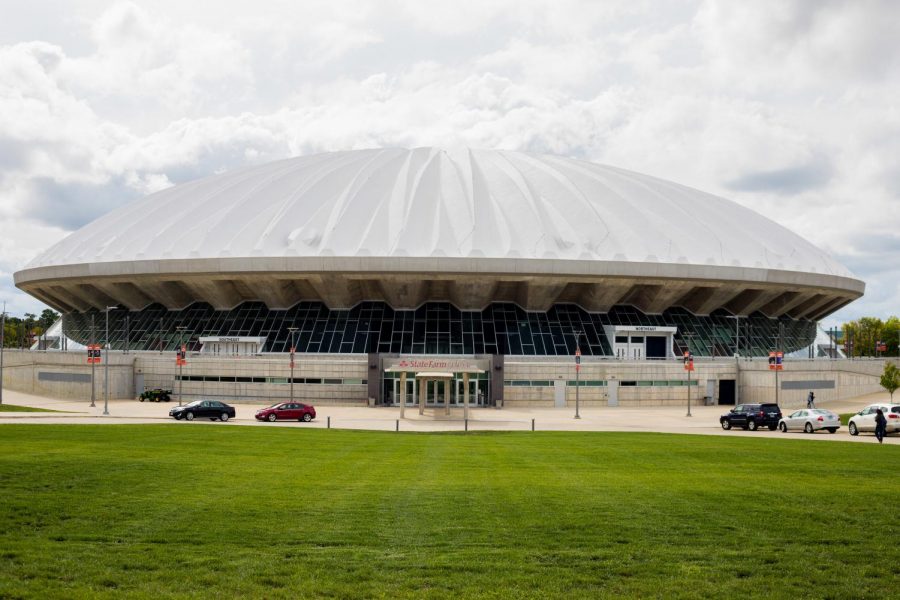 For the first time since 1995, Champaign will play host for the Illinois High School Association Boys Basketball March Madness tournament after Peoria hosted the event for the past quarter century. The tournament, which had been played annually until this season since 1919, will be played at the State Farm Center, home of the University of Illinois’ Men’s and Women’s basketball teams. There’s much excitement after years of trying to get the event backed to its first venue.

“We are thrilled with today’s news that the Illinois high school boys basketball state finals will return home to the campus of the University of Illinois,” Illinois Director of Athletics Josh Whitman said in a statement. “We are grateful to the IHSA and its leadership for choosing State Farm Center and Champaign-Urbana to host the state finals. We are humbled by their confidence in our community, which I know will come together to provide the players, families, and fans of the state’s best teams a once-in-a-lifetime experience. My thanks to the many people and organizations locally who collaborated on a compelling bid and proposal. We look forward to showcasing the state’s flagship university, celebrating the many virtues of Champaign-Urbana, and maximizing the full spectrum of amenities in State Farm Center to visitors from all across Illinois. The relationship between the IHSA and the University of Illinois extends back more than 100 years, and we are excited to continue this longstanding, positive partnership many years into the future.”

With securing the rights to host the tournament, many young athletes will be introduced to the University of Illinois, potentially helping the men’s program recruiting efforts. While the boys tournament will have an Illini homecoming, the girls tournament will stay put in Peoria, playing in the Illinois State Redbirds’ stadium for at least another three years.