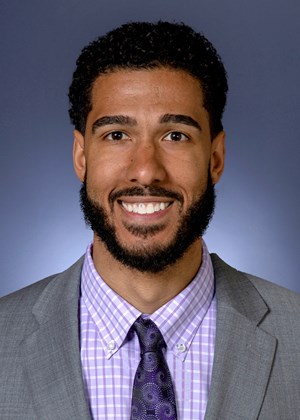 In her three years at the University of Illinois, women’s basketball head coach Nancy Fahey worked with the same assistants that were there when she first came to Champaign. Once this past season wrapped up, Fahey changed up the coaching staff for the first time in her tenure at Illinois.

Merritt was an assistant coach at Marquette for six years. He played college basketball at Marquette at the same time as the school’s former head coach Carolyn Kieger. Kieger took the head coaching job at Penn State in 2019, and Merritt coached under current head coach Megan Duffy last season.

When Fahey called, Merritt jumped at the opportunity to join the Illini staff.

Once Merritt spoke with Fahey, he said it was less than 36 hours from the original conversation to deciding to coach at Illinois.

Fahey and Merritt discussed what they sought in a new assistant coach, and Merritt knew someone he thought would be an excellent fit for the program: his former Marquette colleague, Vernette Skeete.

Skeete said once Merritt came to Illinois, he told her about the rebuilding process the women’s basketball team is undergoing, which piqued Skeete’s interest.

She said she didn’t speak to Merritt much in the time between their hires, but, she was eager to join the Illinois program once she spoke with him and Fahey.

“I love rebuilding,” Skeete said. “I love planting seeds. I love having the vision to help things grow. And so he just kind of reminded me of how fun it was when we started at Marquette. And we were just kind of in there, we rolled our sleeves up and you know, it’s like (opening) a building for the first time.”

Neither Merritt nor Skeete has had the opportunity to meet the team in-person yet, but they are both eager to settle into their new coaching duties once the team begins practices in July.

Despite not formally meeting the team in-person, Merritt did happen to run into sophomore forward Kennedi Myles at the grocery store.

“I thought it was her but I wasn’t sure (because) she had a mask on,” Merritt said. “It was good to see her (because) I hadn’t met her in person yet, so it was awesome to see her. It was just funny how we kind of met like that, though.”

As July gets closer, Skeete is ready to begin the process of rebuilding the program, and the program signed Erika Porter and Geovana Lopes within a week of Skeete’s hire.

“I’m extremely excited to be here,” Skeete said. “Everybody has the mentality to win (and) build a championship culture.”