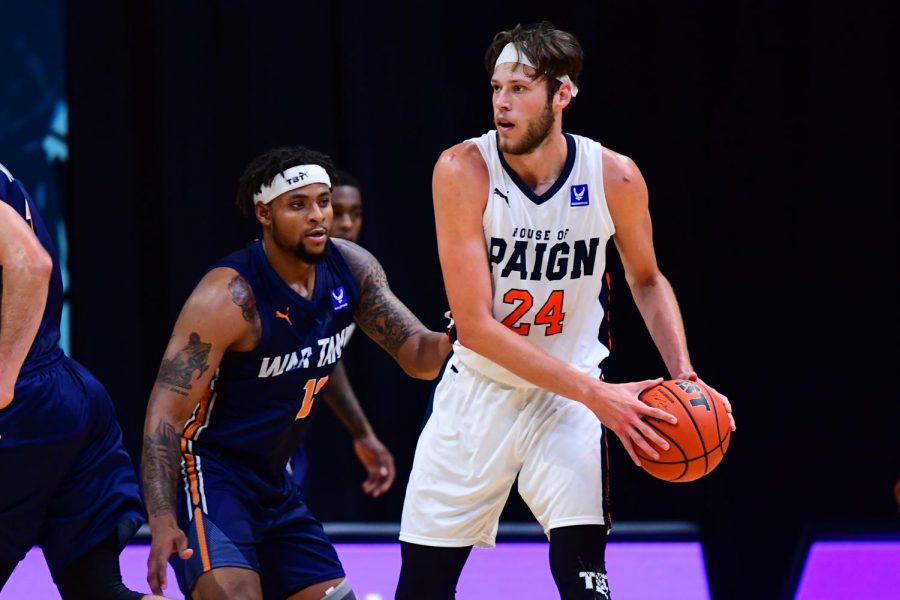 House of Paign player Michael Finke holds the ball away from a defender during their match against War Tampa on Saturday at Nationwide Arena in Columbus, OH.

Despite shooting struggles from the rest of the team, the House of ‘Paign advanced because of their defense. War Tampa’s backcourt made up two of the greatest college shooters ever in Fletcher Magee and Bryce Brown, but the House of ‘Paign took away anything from the outside. The backcourt combined for just 10 points and War Tampa shot a dismal 3-23 from three.

Carmen’s Crew returns many of the same players from last year’s team. Most notably, Carmen’s Crew features William Buford, last year’s MVP of the tournament, Aaron Craft, a two-time Big Ten Defensive Player of the Year, and Jon Diebler, a second-round pick in the 2011 NBA Draft.

Carmen’s Crew received a bye in the first round, but if last year’s results are any indication, they will be a tough out for the House of ‘Paign.

“Those guys play very well together, and you can tell they’re a close-knit group,” Daum said. “For us it’s going to take a lot of mental focus and doing the little things.”