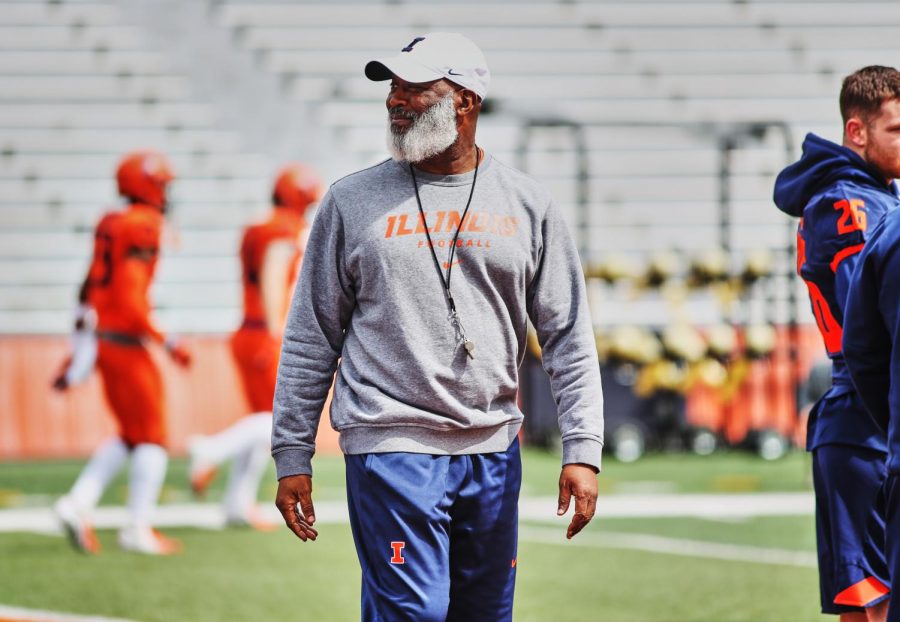 The Big Ten announced the revised 2020 football schedule Wednesday morning via a press release. The 10-game conference-only slate will begin on Sept. 3 and is set to end on Nov. 21, with an open date for Nov. 28 to provide flexibility. Each Big Ten team will have two open weeks, allowing for games to be pushed back if necessary. The Big Ten Championship is scheduled for Dec. 5 at Lucas Oil Stadium but could be played as late as Dec. 19.

The conference, however, did not do the Illinois football team any favors. The Illini will open the season at Memorial Stadium in Champaign on Sept. 3 against Ohio State, the reigning Big Ten champions. Illinois’ other homes game will be against Purdue, Iowa, Minnesota and Penn State. The Illini are set to travel to Nebraska, Indiana, Northwestern, Wisconsin and Rutgers this season. The Illini’s two bye weeks are currently set for Oct. 3 and Nov. 14 but have the ability to be moved depending on COVID-19 complications.

Illinois is also set to begin fall camp this Thursday with its season starting in four weeks.

The Big Ten also released its new medical protocols including twice-weekly COVID-19 testing which will be conducted by a third-party laboratory ” to ensure consistency across the Conference.” The conference also reassured that play this fall is voluntary.

“Any student-athletes who do not feel safe proceeding with the upcoming season as a result of the COVID-19 virus should know they have our full support and also know they will retain their scholarships,” Big Ten Commissioner Kevin Warren said.

The full Big Ten football schedule was tweeted out by the Big Ten Conference.

The football schedule starts as early as the weekend of Sept. 5 with final games slated for Nov. 21 to align with academic calendars. The Big Ten Football Championship Game remains scheduled for Dec. 5 at Lucas Oil Stadium, though it could be moved as late as Dec. 19. pic.twitter.com/vWp3OSifBc