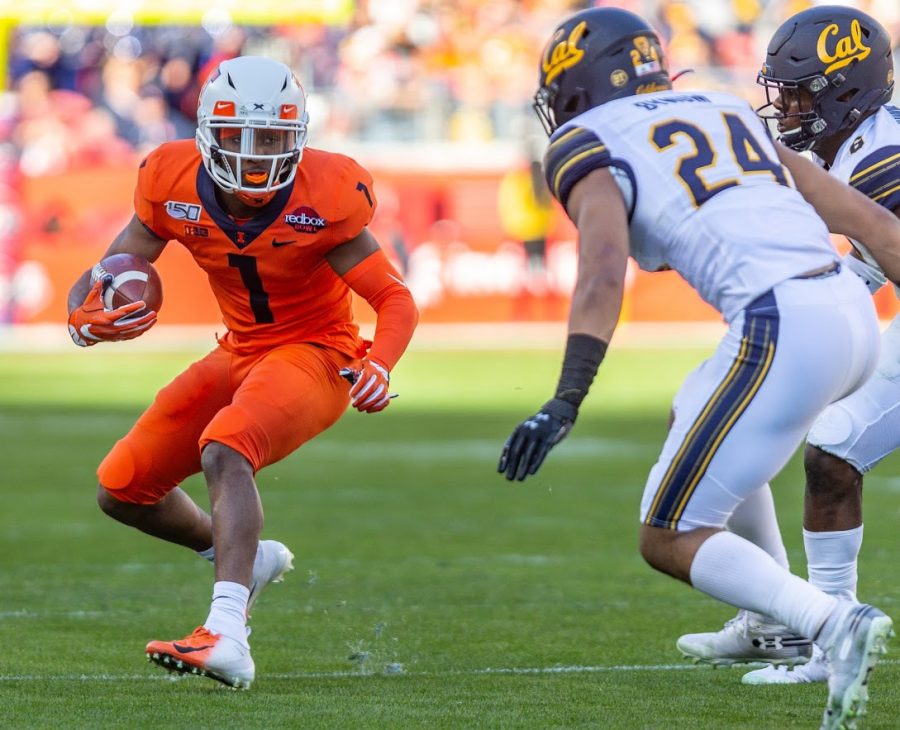 COVID-19 has taken the sports world by storm since March, dramatically changing the landscape. Three of the four major professional leagues had to postpone seasons while the country was under lockdown. The NBA had to create a bubble down in Orlando in order to keep players safe while the MLB has struggled to keep some teams unscathed by the virus. But those are professional athletes that are getting paid millions of dollars to perform. College is a different story.

While college athletics have gone through upheaval and the NCAA and conferences have tried to create a safe atmosphere for their players, organizations and student athletes are raising questions about the safety of a season while demanding big changes that could change college athletics permanently.

Today, the Big Ten announced their revised football schedules, which eliminated all non conference games, replacing it with a ten game conference-only schedule that gives each school four built-in bye weeks. With the changes, it gives the conference the ability to move around games if the coronavirus gets in the way. While this is a victory for fans all across the midwest, some would argue that this just another step that puts money above the safety of the athletes.

The Players Tribune, a news organization focused on the perspective of athletes, recently published an article by the College Athlete Unity, which calls for a long list of protections for Big Ten athletes during this season.

In the article, the CAU claims that the NCAA has not taken a big enough step in protecting the players and that major changes must be made. Some of the protections include testing three times a week, protections of scholarships in case of a cancelled or shortened season, the ban of COVID liability waivers, and financial safety nets, including out of pocket health care costs caused by coronavirus.

While the CAU has called for changes and protections for Big Ten student athletes, one could argue that this is small potatoes compared to potential changes the PAC-12 football players are demanding.

Currently, the Pac 12 athletes are demanding that the conference allow for economic freedom, allowing athletes to profit off of their likeness, six-year scholarships, full medical care for athletes for six years as well as funds going to fight racial injustice in college sports and society.

Why is this happening all of sudden despite years of rumbling from athletes about the NCAA’s shortcomings? It’s because the athletes now have leverage after one of the most unprecedented years in American history.

As the fallout from the pandemic has shown, serious cracks have been shown in how the system can protect people economically during a disaster. Right now, businesses, public schools and public buildings all across the nation have had to partially or fully shut down in order to protect the safety of the public.

But with still no vaccine and with the country struggling to contain the virus, unpaid athletes are expected to put on pads and play football just under a month. That simply isn’t going to fly with many athletes and that a boycott is possible if demands are not met.

“Guys realize the moment and are standing together in unity throughout this whole thing,” Cal Bears offensive lineman Valentino Daltoso told Sports Illustrated. “This is bigger than our individual selves. This is for all future college athletes.”

Already, a number of top Big Ten football players have opted out of the season, citing concerns with health. Penn State’s star linebacker Micah Parsons, a projected first round pick, has called off his plan to play this season as well as Minnesota’s top wide receiver Rashod Bateman. And this will probably continue as we inch closer to the kickoff of the scheduled football season.

As it’s well reported, if college football isn’t played this season, the industry will lose billions of dollars, which will have a trickle down effect on universities as a whole. Already, some schools have cut athletic programs due to a projected loss of revenue.

Wisconsin Badger athletic director Barry Alvarez recently said the school would lose one hundred million dollars without football this fall. So, given the severe economic dependence on the sport, people can see why the higher ups are trying everything they can to preserve any kind of a season. But that doesn’t mean players should have to blindly walk onto the field and put their health on the line.

Players from all across the country want to play the game they love. But strategically, they’re riding a populist wave and trying to secure protections for themselves and their peers. Athletes for too long have felt that their needs and freedoms have to be put aside in order for the higher ups to profit off of them. Now, players have the chance to secure health care rights, economic freedom rights, proper testing and social justice that will not only secure safety for 2020-2021 but for generations to come. And if they don’t receive a good chunk of the demands,  the NCAA and conference’s pocket books will pay the price of not protecting their product in the midst of a pandemic.