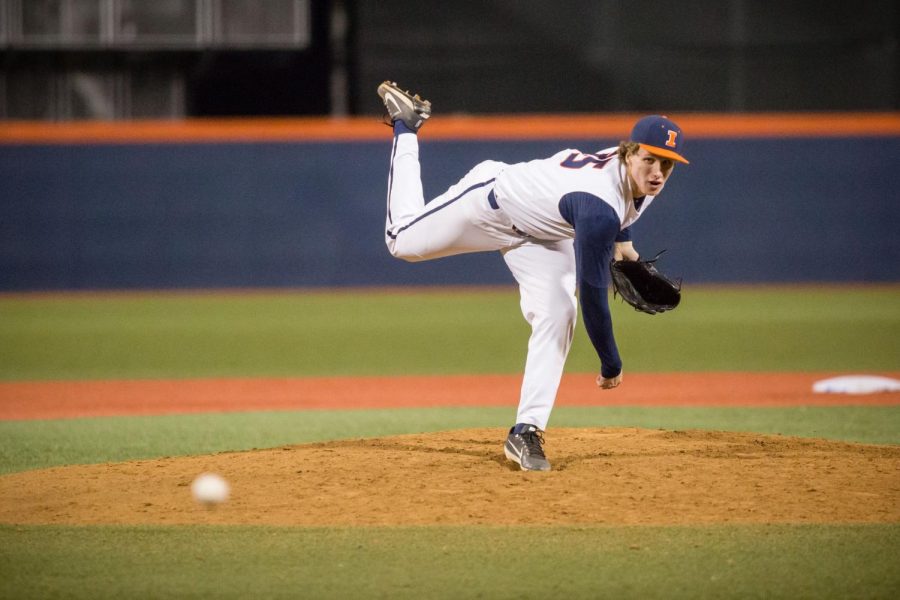 Illinois pitcher Joey Gerber (35) delivers the pitch during the game against Rutgers at Illinois Field on Friday, April 13, 2018

Former Illini closer Joey Gerber pitched in his first Major League game with the Seattle Mariners on Tuesday. Gerber entered in the sixth inning in a contest against the Angels which took place at T-Mobile Park in Seattle. During his outing, the 23-year-old right-hander set down all three men he faced, who consisted of Tommy La Stella, Brian Goodwin and future Hall of Famer Albert Pujols.

Pujols, who is on the cusp of becoming fifth on the all-time home run leaders list, made his Major League debut in April of 2001, when Joey Gerber was three years old. Nineteen years later, the Minnesota native got the Angels slugger to groundout to first base. The Mariners went on to lose the game 5-3 after Pujols hit his 659th home run, making him one shy of tying Willie Mays.

Gerber was drafted by the Mariners in the eighth round of the 2018 draft. Over two seasons in the Mariners’ Minor League system, Gerber threw 74.1 innings, collected sixteen saves and accrued a 2.42 ERA. He is one of only two men currently in the MLB who played baseball at the University of Illinois, the other being Blue Jays starting pitcher Tanner Roark.