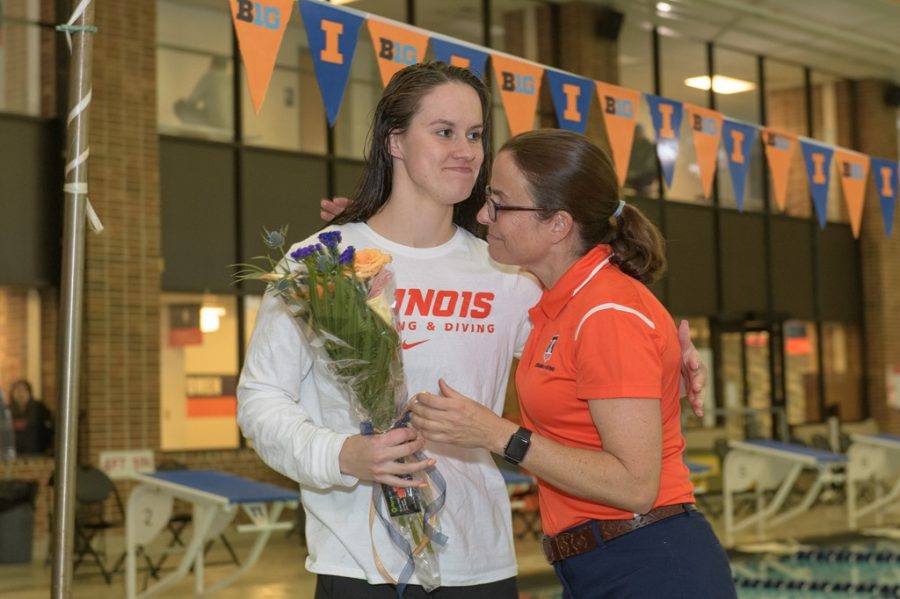 On Aug. 21, the University of Iowa’s President, Bruce Herald, and Director of Athletics, Gary Barta, announced in an open letter to the university that four varsity sports programs would be cut due to financial exigency.

“With the Big Ten Conference’s postponement of fall competition on Aug. 11, University of Iowa Athletics now projects lost revenue of approximately $100 million and an overall deficit between $60-75 million this fiscal year,” the open letter said.

Iowa is cutting both the men’s and women’s swim and dive programs, in addition to the men’s tennis and gymnastics programs. The four programs will be discontinued at the start of the 2021-22 season, with the 2020-21 season being the last opportunity for the student-athletes to compete, should COVID-19 not limit athletics.

“We are heartbroken for our student-athletes, coaches and staff,” the open letter said. “We also understand how disappointing this is for our letter winners, alumni, donors and community members who have helped build these programs.”

Iowa isn’t the only Big Ten school to see a cut to its swim and dive team; the Illinois men’s swim and dive saw its program cut in 1993. The program was cut due to financial problems with athletics, as well as failing to finish above last place in the Big Ten conference in the last three years of the program while not placing above fifth since 1954.

When the announcement came out about Iowa’s cut to some of its athletics programs, Illinois head coach Sue Novitsky found out about the news immediately.

“I actually found out the day, like almost right at the time it was happening from our coaches association,” Novitsky said. “The executive director texted me and I was shocked and then sad and disappointed that opportunities were going to be taken away from swimmers and divers and also men’s gymnasts and tennis players.”

While the athletes aren’t able to comment on the issue, Novitsky said they were disappointed when they found out. During a team meeting that week, the team was given a chance to express any emotions and fears.

“A lot of them have friends that swim at Iowa, and they lost their opportunities or some were recruited and supposed to be incoming freshmen this year,” Novitsky said.

Novitsky said while it’s a trying and financially straining time, colleges that cut athletic programs remove opportunities and dreams for up and coming high school students to be an athlete for those colleges.

With one Big Ten swim and dive program cut, it causes some worry for coaches and athletes on whether the same thing will happen to them. However, Novitsky is confident that the program isn’t going anywhere.

The athletic department is being very active in trying to find steps to take to minimize the financial implications that are probably going to happen if football or basketball doesn’t play. Novitsky appreciates the actions being taken by the administration to keep the athletic department together.

Novitsky said the swim and dive team is trying to keep its financial footprint as small as possible while still providing the best experience for student-athletes.

“As a coaching staff, we’re constantly aware and even more so now with what’s going on across the country, but we want to do our part to help keep the entire athletic department together and viable and be able to move forward from the whole COVID pandemic,” Novitsky said.

If by chance basketball and football wouldn’t be able to have a season, Novitsky said she’s been working with the national coaching association for college swimming and diving. Currently, proposals or changes to the current NCAA rules that can help keep swimming and diving sustainable at the collegiate level are being looked into.