NCAA board approves postponement of fall championships to spring 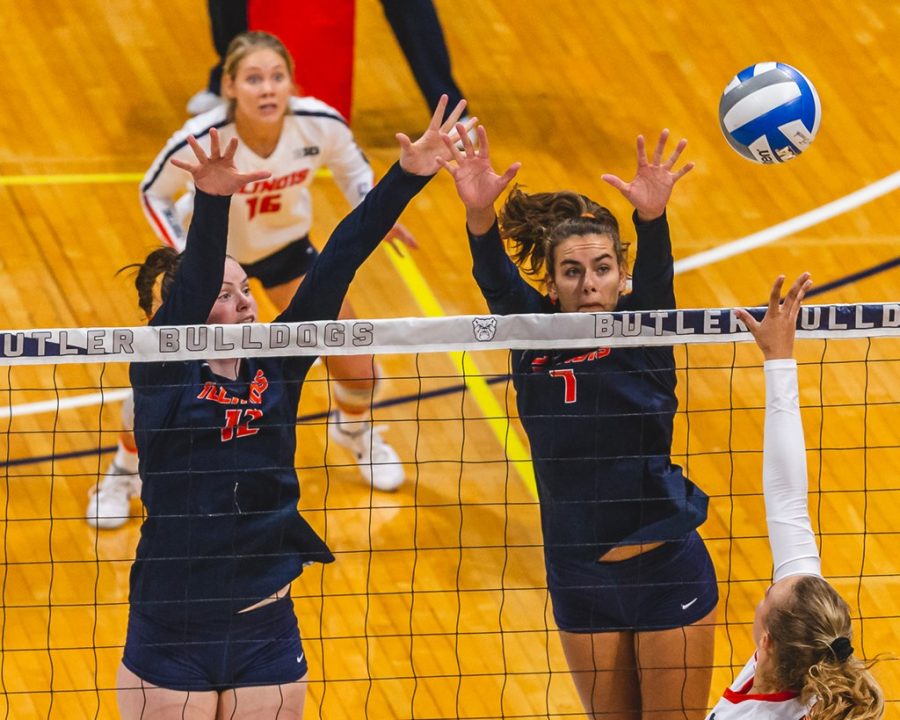 Then seniors Ashlyn Fleming and Jacqueline Quade attempt to block the ball during the game against the Pacific Tigers on Sept. 20, 2019 in Indianapolis, IN.

“The plan sent to us by the Division I Council provides the maximum number of opportunities to fall student-athletes to participate in NCAA championships while still being fiscally responsible,” said acting board chair Denise Trauth, president at Texas State. “We look forward to the spring, understanding things will look a little different but knowing the competitions will be just as meaningful as in normal circumstances.”

Illinois volleyball will be the first fall sport to start competition, with the chance to begin matches on Jan. 22, a date set by the NCAA. Both Illini cross country teams can begin competition on Jan. 23, while soccer won’t begin until Feb. 3, at the earliest. Practices can begin at each individual institution’s discretion.

The regular season for volleyball will go until April 3, with tournament selections made on April 4. The NCAA tournament bracket will be reduced to a 48-team bracket opposed to the usual 64-team bracket; it will feature 32 automatic qualifiers and 16 at large bids. The Championship is set for April 23-25.

Women’s soccer will also follow a 48-team NCAA tournament bracket, with selections being made April 18, a day after the regular season concludes. The tournament will feature 31 automatic qualifiers and 17 at-large bids.