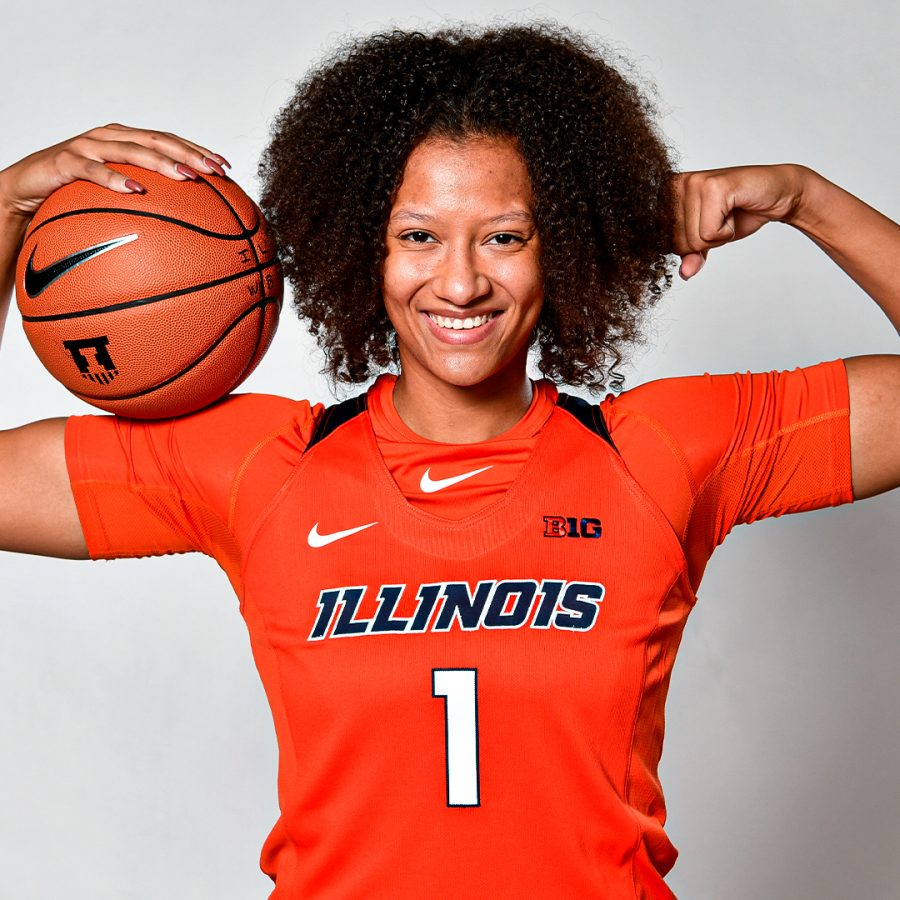 The Illinois women’s basketball team struggled to compete in the paint a season ago, ranking last in the Big Ten in rebounding margin and scoring inside the arc. Head coach Nancy Fahey and the Illini are hoping Eva Rubin is the answer to the Illini’s interior woes.

“She’s a stopper at the basket that’s (6-foot-5-inches), that changes the game,” Fahey said. “I don’t believe (defenses) can just let Eva be at the low block and stop her one-on-one.”

Rubin is a redshirt junior transfer from Arizona State. Before moving out west to play in Tempe, Rubin played high school basketball at Homewood-Flossmoor, near Chicago. With her size and skill, she stood out, helping Homewood-Flossmoor place fourth in the IHSA 4A state tournament her sophomore year, and she earned a McDonald’s All-American Game nomination her senior year.

As for Rubin’s decision to come to Champaign, she stated the importance of staying in-state.

“(Coming home) was a big part of my decision,” Rubin said. “Fortunately, when I entered the transfer portal, I had some pretty good options for schools that were back home and here at Illinois. It wasn’t my intent to come home, but when I was given those options, it was hard to turn down.”

Rubin also cited her fit in the team as a main reason for the move to Illinois. She felt the coaching staff suited her demeanor and playing style, and she enjoyed the atmosphere around campus.

Luckily for Rubin, her transfer from ASU has been easier than most transferring this fall. She announced her commitment last December and joined the Illini in the spring of 2020, as she was able to continue her academic career. Being around campus for two months in the spring allowed Rubin to get acclimated with the University before COVID-19 forced the school to shut down and switch to remote learning.

“I had a great time here last semester before everything was shut down due to COVID, so I definitely got a feel for the campus and culture while also meeting some great people,” Rubin said.

Another reason for Rubin’s transfer was the way the staff dealt with her medical background. Rubin is a type-1 diabetic, and she felt the coaching staff at ASU did not fully understand how Rubin’s situation was different. Rubin said there was a “level of disconnect” between herself and the coaching staff that led to her transfer.

As for her time with Illinois, Rubin has felt the staff has been accommodating to her specific needs.

“Coach Fahey has been great, understanding the process and trusting my judgment when I do have to sit out,” Rubin said. “Also our athletic trainer, Autumn Taylor, has been very supportive and really put in her time to educate herself on diabetes.”

Rubin was not able to compete right away because of her transfer, but after the NCAA approved her transfer waiver in August, Rubin was granted immediate eligibility to play in the upcoming season.

She will be needed for this Illini team. Despite playing limited minutes for Arizona State in her first two years, Rubin will be a key player in her junior campaign. The Illini are losing six players from a season ago, including one of their starting bigs, Ali Andrews.

Last season the Illini went with a heavy outside approach, shooting the fourth-most threes in the Big Ten. Andrews was a big

part of that, setting the Illini up to have all five players on the court looking to take jump shots. Expect a different approach this season.

Junior forward Mackenzie Blazek was an important inside presence for the team last season, but injuries derailed her season. The addition of Rubin, along with standout sophomore forward Kennedi Myles coming off of an impressive first season, gives Fahey a variety of options inside that she has never seen before in her time at Illinois.

Ultimately for Rubin, she’s striving for success individually and for the team. Her goal going into the season is to make an All-Big Ten team, especially because she notes the high caliber of bigs in the conference. As for the team, she’s hoping to improve the team from a season ago and build the program into a threat in the Big Ten.