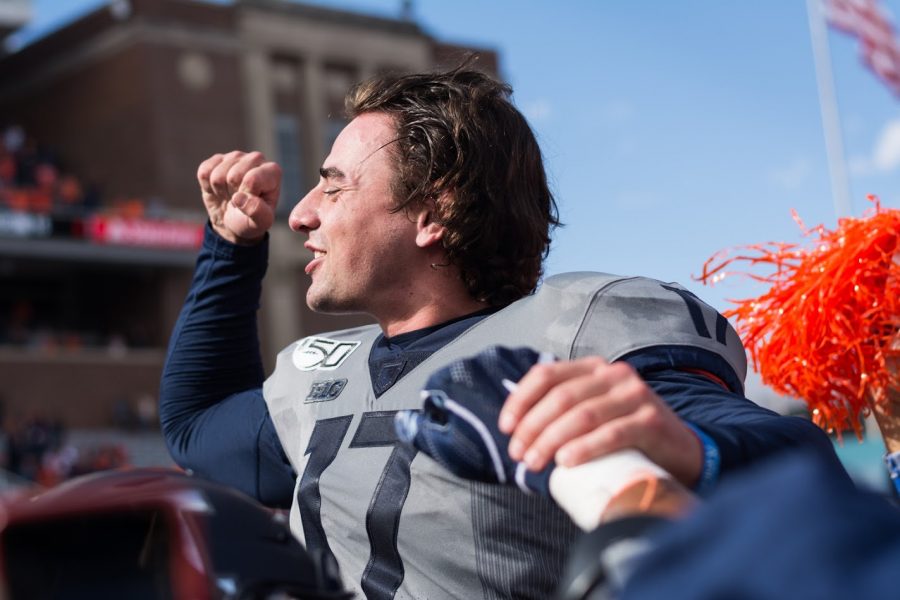 Illinois kicker James McCourt is hoisted into the air by his teammates after the game against Wisconsin. The Illini won 24-23.

Illinois football announced Monday morning its matchup at Wisconsin will open up the 2020 Big Ten season, with kickoff at 7 p.m. on Friday, Oct. 23. The game will be aired on Big Ten Network.

“We’ve been waiting to see exactly when we’d start the football season,” Smith said. “To be the first game to start Big Ten play is great. Whenever you get to play at night — (it) is a good thing.”

The Illini were originally scheduled to open up the 2020 season at home on Friday, Sept. 4, against Illinois State. A potential conference-only schedule which was announced in August prior to the initial season postponement, had Illinois hosting Ohio State on Thursday, Sept. 3.

Kent Brown, an Illinois football spokesperson, said the game at Wisconsin will be the team’s only Friday night game of the season.

Illinois versus Wisconsin has been an anticipated matchup this season. Last year, the Illini stunned the No. 6 Badgers 24-23 at Memorial Stadium on Oct. 19, 2019, which started a four-game win streak for the Illini.