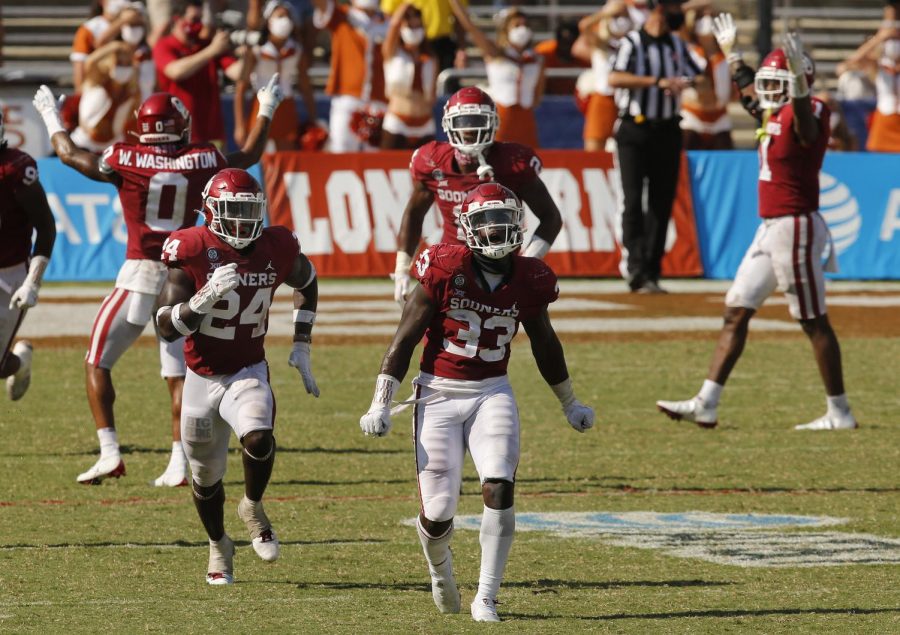 The sixth week of the college football season provided some answers to fans while also making some scratch their heads. Ranging from a quadruple overtime game to a dominant victory from college football’s premier programs, fans across the Midwest were treated to some entertainment before the Big Ten makes its triumphant return in less than two weeks.

This game highlights LSU’s struggles defensively, who are now giving up over 32 points per game. For head coach Ed Orgeron, this game is a reminder his program isn’t at a stage to reload like Alabama or Clemson.

In the Red River Rivalry, Spencer Rattler and Oklahoma were able to outlast Sam Ehlinger and Texas 53-45 in quadruple overtime. This was a must-win game for both programs, who came in struggling. The win moves Oklahoma to 2-2 while Texas drops to the same record.

The Longhorns’ loss puts the Big 12’s college football playoff hopes on life support, as every contender in the league has suffered multiple losses, besides Oklahoma State. To fans in the SEC or Big Ten, the Texas loss opens up the chance for each conference getting two teams in the playoff.

Jimbo Fisher and Texas A&M got a much needed victory over the road-favorite No. 4 Florida Gators. While luring Fisher away from Florida State in 2017 sparked excitement in College Station, the results have been mediocre, failing to secure top-tier victories. Quarterback Kellen Mond stepped up big, finishing with 338 yards and three touchdowns, leading the Aggies to a 41-38 comeback win.

Texas A&M stepped up big after being routed by Alabama last week, and the schedule only gets easier from here, with only two more games against ranked opponents left. If the Aggies can run the table, Jimbo Fisher may be able to sneak his team into the playoff.

Although Lane Kiffin has experienced a rocky coaching career — fired by the Oakland Raiders, USC and Alabama — people usually don’t knock his team’s ability to light up a scoreboard.

Ole Miss ran through Alabama’s defense, almost hanging 50 points on Nick Saban’s squad in a wild 63-48 loss. Tied at halftime and only trailing by one score going into the final quarter, Ole Miss ran out of steam, allowing Saban to walk away with another victory over a former assistant coach.

Finally, the Clemson Tigers looked dominant, and quarterback Trevor Lawerence continues to look like the No. 1 overall pick every game.

The Tigers, behind a suffocating defense and balanced offensive attack, routed the No. 7 Miami Hurricanes at home 42-17. Coming into the game, quarterback D’Eriq King and Miami had their way on offense, averaging 43.7 points per game. Clemson bottled up King and company, however, holding the Houston transfer to 121 passing yards.

Though the season is young, the teams on top are starting to separate themselves from the pack. Clemson appears ready for its third title in five seasons, while Alabama looks to win its first since 2017. Looming in the background are the Ohio State Buckeyes, who start their season in just under two weeks.