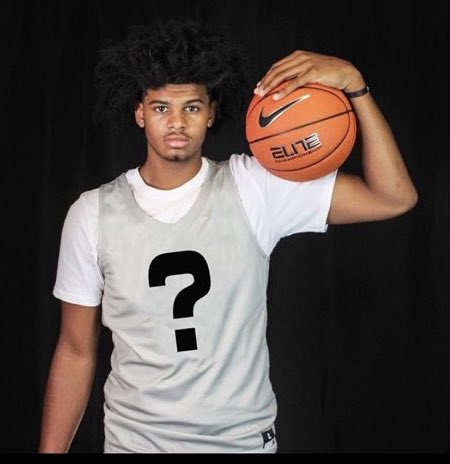 After striking out on 2021 wing targets Brandon Weston, David Jones and Jordan Nesbitt, all eyes turn to Illinois basketball getting Bryce Hopkins. Hopkins, who attends Fenwick High School just outside of Chicago, is set to commit next week, his father told Jeff Rabjohns of Peegs.com.

Hopkins released his final nine schools on Aug. 30. The list consisted of Kentucky, Iowa State, Texas, Michigan, Providence, Illinois, Indiana, Oregon and California. John Calipari and Kentucky have been the projected favorites in Hopkins’ recruitment, and the Wildcats currently possess 100% of the crystal ball predictions on 247Sports. Hopkins also visited Lexington over the summer.

Though Kentucky is the favorite, Illinois, Indiana and Providence remain involved, per his father. Hopkins has some family ties to the Providence area, as his mom graduated from Johnson & Wales University in Providence.

Hopkins was initially committed to Louisville but de-committed on Aug. 9. The Illini staff didn’t do a superb job recruiting him the first time, but his father said they have done a much better job this time.

“This second-time around, I must give them credit. They’ve done a great job the second time around,” Hopkins’ father told Rabjohns. “With the phone calls from coach (Brad) Underwood and the assistant coaches, the marketing part with all the pictures and everything, they’ve done a really good job.”

While Illinois appears to have a better chance than some of the other teams on the list, it is admittedly a long shot that they land Hopkins. It would be a surprise if when Hopkins commits in two weeks, it’s not to John Calipari’s Wildcats.

In the front court, 2021 target Frank Kepnang committed to Oregon over the weekend, but the Illini were never seen as the favorites. However, the 2021 prospect they are coveting the most is center Mac Etienne. According to Jake Weingarten of Stockrisers.com, the Illini are in a good position for his services.

“With Kofi Cockburn likely out of Champaign after this season, Etienne would be able to come in right away and have instant impact minutes as a true freshman,” said Weingarten in a story two weeks ago. “The Illini are competing with programs like Miami and Marquette, who I believe are the two programs heavily competing with UI for Etienne’s talent. Brad Underwood, Jim Larranaga and Marquette’s staff all recently completed Zoom calls with him, and he told me that he doesn’t have any others scheduled.”

More wing depth would be a nice addition, but the Illini already have 2021 wing Luke Goode committed. Conversely, a center would be a necessity, especially if Kockburn leaves. Giorgi Bezhanishvili could slide to the five for a season, but ultimately a long term answer would be needed. There is no timeline for when Etienne will commit.