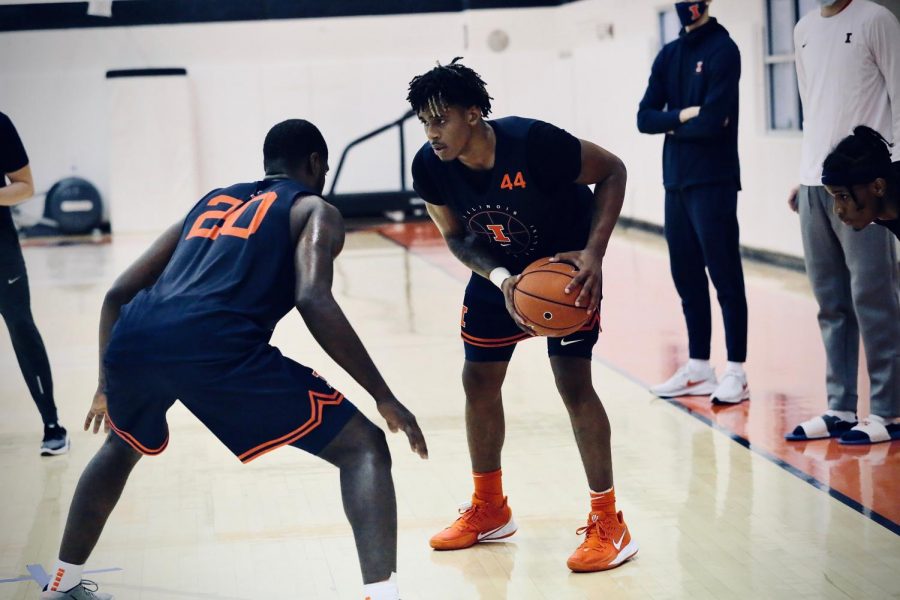 During the game, Da’Monte’s team was playing a zone defense. Da’Monte came from the bottom of the zone, intercepted a pass and took it the other way. David turned to the other assistant coach and said, “Wow. We don’t have two guys that can make that play at our varsity level right now.”

From there, the Williams and Williams basketball relationship blossomed. The two spent countless hours together training at 6 a.m. at the John C. Proctor Recreation Center and after school in a tiny back gym at Manual. David, who describes himself as “rough around the edges,” did not take it easy on Da’Monte, but Da’Monte handled it well.

While training, David would make Da’Monte wear a mask that made it harder to breathe in, and David controlled the altitude level of the mask. One workout, David upped the altitude without telling Da’Monte. Da’Monte could feel the difficulty increase but pushed through it. Years later, David finally told him that he raised the altitude, which they shared a laugh about.

“He knows how I like to be coached,” Da’Monte Williams said. ”I like to be pushed, say cuss words or whatever. I take it to the chin and we keep moving. That’s what helped us bond even more.”

Da’Monte enrolled at Peoria Manual with big shoes to fill. His father, Frank, is a Peoria basketball legend, as he led Manual to two IHSA final fours and was named Mr. Basketball in 1998.

David and Da’Monte continued their workouts alone until one day, Andrea Garry, the mother of Illini freshman guard Adam Miller, asked David if Miller could come to a workout. Garry walked Miller, a seventh grader at the time, into the back gym and put his shoes on for him. This threw off both David and Da’Monte.

“I looked at Da’Monte and said, ‘I’m not sure this is gonna work out,’” David recalled.

But then Andrea left, and the three of them got to work. After an hour-long workout, David realized Miller was special.

“He’s the next one coming out of Peoria,” David said to Da’Monte. “There is no doubt about that.”

David had Miller play for him on the club team Mac Irvin Fire. As a 14-year-old, Miller played up on David’s 15U team. Miller became a regular to David and Da’Monte’s workouts, and it pushed him to become a better player. Miller attended Manual for his freshman season, but Da’Monte, a senior at the time, tore his ACL just three games into the season.

Now, Miller and Da’Monte are reunited on the Illinois roster. Da’Monte has been helpful to Miller’s acclimation to college basketball and is someone the freshman can rely on.

“I’ve just been talking to him more,” Da’Monte said. “Obviously I’ve been here for a while so telling him what’s expected and being there to guide him.”

When Miller and Williams step onto the court for the Illini, it’ll be their first official game action together since December 2016. David is a regular at the State Farm Center, often going to support his former player. But this season, it appears unlikely fans will be able to attend games. David joked that for the first time, he’ll have to get the Big Ten Network to support his guys. When Miller and Williams do share the court together, they’ll have come a long way since the back gym at Manual.