Playing during a pandemic: Ram recounts experiences with travel, competitions during COVID-19 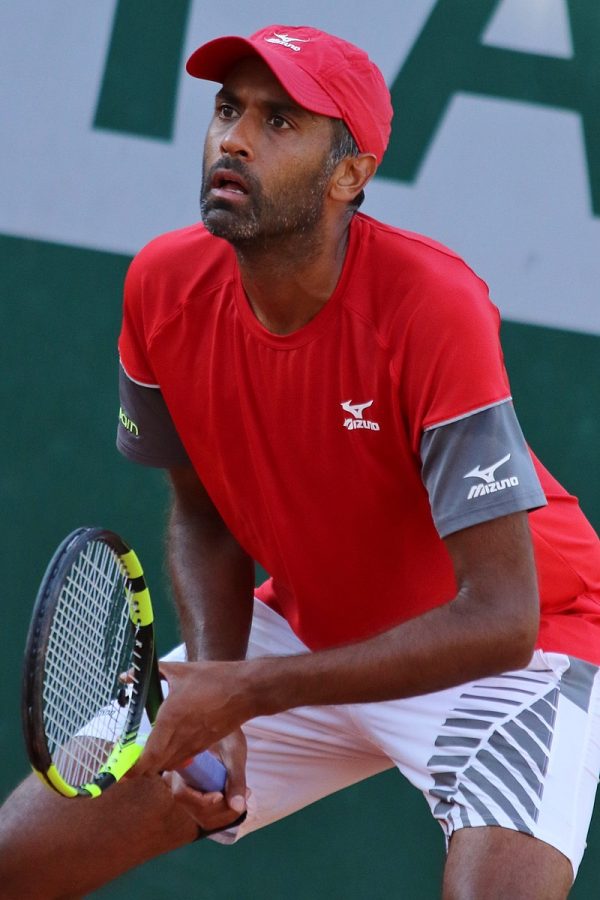 Illinois alum Rajeev Ram competes at the French Open on May 31, 2018. Ram shared his experience playing during COVID-19.

Seven months into the COVID-19 pandemic, life as we once knew it has yet to return back to normal. After pausing for over four months, sports are one of the many facets of life that have been impacted by the coronavirus, though many new protocols have been put in place to ensure a safe return. Tennis is one of many sports affected, and former Illini Rajeev Ram has first-hand experience with these changes.

Ram, a former NCAA champion and Olympic silver medalist, has competed in seven competitions since his sport returned, including World TeamTennis, the U.S. Open and the French Open.

World TeamTennis (WTT) is a team competition similar to collegiate tennis where teams square off head-to-head and accrue points if they win singles or double matches. Ram competed for the Chicago Smash in its inaugural season, though he has played for the San Diego Aviators in the past.

Despite a pandemic plaguing nations across the globe, WTT never considered canceling its event, though vast adjustments were made to hold the competition in a safe manner, Ram said.

“They never actually canceled Team Tennis; they just adjusted it,” Ram said. “Normally, you travel around to these different places like Chicago, we would travel to D.C. and then maybe New York and they would come to us; it’s like home and away matches, much more like a regular sports league, I guess.

“Then, they figured out they could have it in just one place called The Greenbrier in West Virginia.”

Next on Ram’s platter was the U.S. Open, an event he has participated in annually since 2001. The competition has always been tough for Ram, though 2020 saw him eliminated in the semifinals, his best finish since 2014 when he was knocked out by the Bryan brothers.

When he first learned tennis would be played in August, Ram expressed some initial safety concerns, especially since the U.S. Open was one of the first events he competed in since February.

“We bring in people from all around the world and whoever they come with, so you don’t know how that’s gonna work,” Ram said. “The U.S. Open really did a nice job with setting the standard. It’s become normal a little bit to play tournaments like this, where you can’t really go anywhere or you have to wear masks all the time. I guess it’s kind of normal in all parts of life.”

After leaving the U.S. Open facilities in New York City, Ram played his first events overseas since February. Despite needing to fly across the ocean, there were no added fears when traveling, Ram said.

“It didn’t scare me anymore to fly internationally than it did to fly domestically,” Ram said. “I felt like all the airports pose the same risk. It did worry me at the start a little bit, but I feel like a lot of planes are somewhat empty these days, and you have to be careful in the airports so you’re not trying to get too close to anybody. But as it’s gone on, I felt better and better about how it’s been.”

Every venue has different testing protocols, though all events require competitors to test immediately after arriving, quarantine until they get their result and test every four days. Once a negative diagnosis is received, players are allowed to go to the courts.

Other countries are in a much different place with the pandemic, which means some events allow fans to attend while practicing social distancing and wearing masks; the French Open in Paris, France, and the Vienna Open in Vienna, Austria, both allow up to 1,000 fans on the main court each day.

Despite not having as many fans in attendance, Ram doesn’t have an issue with the atmosphere, as he has played in many empty stadiums earlier in his career. Though only 1,000 fans can attend certain events, it is still nice to have people watching you compete, Ram said.

“It’s definitely different; there’s no way it’s gonna be the same as when there (are) 20,000 fans or whatever is normal in these places,” Ram said. “But, it’s still something, it’s still so nice to play in front of people, it’s nice to think that they would come and enjoy themselves as long as they’re being safe.”

Ram admits the hardest part about playing during a pandemic is the restrictions, as most events do not allow players to leave the hotel or other facilities. Despite these unusual circumstances, Ram has found ways to stay positive.

“I think it’s important to regenerate when you can, given the protocol that we have to follow,” Ram said. “Just in general with the whole pandemic, for me, personally, so many people have it so much worse; so many people are furloughed or fired indefinitely. You know, I have to look at it sort of as a whole and the fact that everyone has to deal with it together.

“I think when you think about it in the bigger picture, it lets you realize how being positive is really important during a time like this. … We’ll see how long this continues but I think this is going to be the new normal for us for a while.”