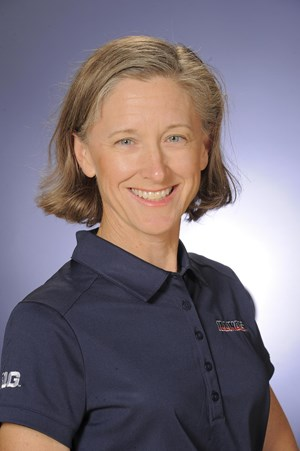 Last March after their season was cut short due to the COVID-19 outbreak, the Illinois women’s golf team was left to ponder what could’ve been. Months of tournaments and practices were supposed to culminate into a strong showing in both the Big Ten and NCAA tournaments. Instead, a successful season ended without a proper finish.

“Last spring left a bit of a sour taste in their mouths,” Slone said. “They definitely want to get back out there and get after it.”

Fortunately, golf makes it easy to socially distance. Professional circuits such as the PGA Tour have been running smoothly for months, and there is no reason to believe the collegiate game can’t be played successfully with proper testing guidelines in place.

At the University of Illinois, students already get tested twice per week, and the football team currently tests every day with an antibody test.

This fall, the preparation has been different than other years. Senior Ali Morallos said the weirdest part has been “competing against each other every day as opposed to other teams.”

Morallos explained that despite the technical differences they have probably “played more golf than ever before … including 36 or 18 holes every weekend day.”

The Illini will have a chance to find some closure this season one way or another, despite not competing within the conference for the duration of the semester.

They will likely need to get acclimated with each other for a while because the team has not been together as a full group yet due to coronavirus regulations.

“For the most part it’s partially due to pandemic, and there is very strict protocol within the athletic department,” Morallos said.

For example, when players leave campus they have to isolate for at least a week before being able to rejoin the team. This constant uncertainty has made it difficult on the Illini, but they have been able to persevere as a unit due to the guidance of Slone, and an experienced core of upperclassmen such as Morallos, Tristyn Nowlin and Crystal Wang.

When the Illini are able to compete at the conference and national level again as a group, other schools should be on notice as this team may be poised to do something special.