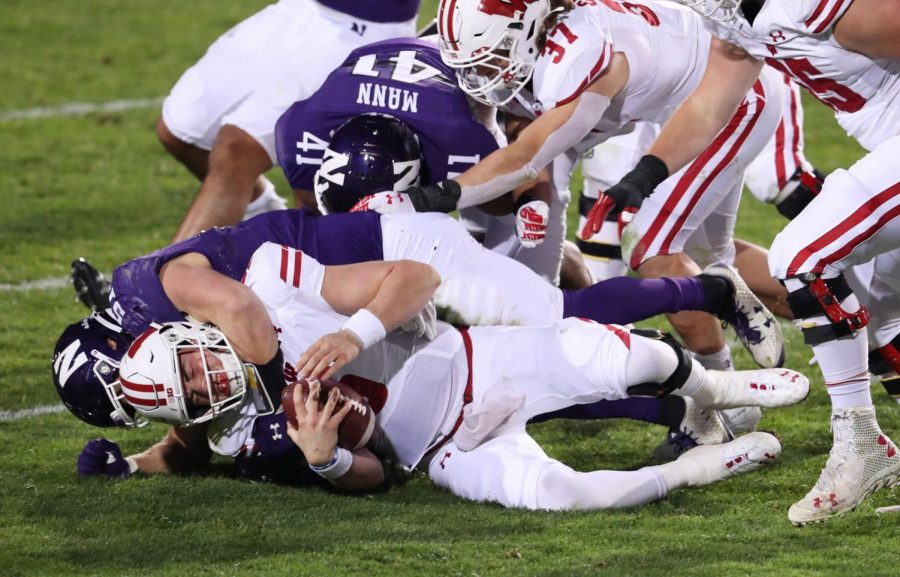 While Illinois turned around a lost season, defeating a struggling Scott Frost program, the Big Ten had its biggest week of the season. A program made a name for itself, a coach saved his reputation — momentarily — while another almost secured its biggest win in program history. And, it appears the conference title game will have playoff implications on the line.

A questionable offensive pass interference call proved deadly for the Boilermakers, who dropped their second straight game. After the touchdown was called back, quarterback Aidan O’Connell threw an interception to seal the game for the Golden Gophers.

If there’s good news for Boilermaker fans, it’s the return of wide receiver Rondale Moore, who finished with 15 receptions for 116 yards. With his return, the Boilermakers have one of the best wide receiver duos with Moore and David Bell.

Aside from the call, it appears the Golden Gophers have sparked their offense again. With a disappointing season so far after an 11-2 record last year, the Golden Gophers will have the opportunity to steal a few games against Big Ten heavyweights in the upcoming weeks.

Quarterback Justin Field looked human for once this season, throwing three interceptions. Indiana quarterback Michael Penix Jr. shined in the Horseshoe, throwing for nearly 500 yards and five scores. But in the end, a 35-7 hole was too deep for the Hoosiers to climb out of.

With the victory, Ohio State is in the driver’s seat for their fourth consecutive Big Ten championship appearance while keeping hopes alive for another playoff appearance. With Michigan struggling, the biggest obstacle is Northwestern, who are the West division front-runners after upsetting Wisconsin.

The Hoosiers still have the chance to secure a Cinderella season, with the Wisconsin game standing in the way of a major bowl game appearance.

The Wildcats are back. After a miserable 3-9 season, Pat Fitzgerald and his squad have silenced Big Ten offenses in their first 5-0 start in conference play since 1996. After allowing a quick Badger touchdown following a turnover, the Wildcats shut down freshman Graham Mertz and company, forcing five turnovers.

Nortwestern is now a serious playoff contender, with only Michigan State, Minnesota and Illinois left on deck, games they are all favored to win. The biggest thing standing in the way: Ohio State in Indianapolis.

The Badgers’ Indianapolis hopes are probably done. After two dominant victories over Illinois and Michigan, Paul Chryst will have to settle for a sunny bowl game and be crowned a conference favorite next season.

The sky is officially falling in State College, Pennsylvania. For the first time in program history, the Nittany Lions are off to a 0-5 start.

An early 7-3 lead quickly fizzled, as the Hawkeyes outscored the Nittany Lions 21-0 in the second quarter. Penn State made it somewhat interesting in the second half, cutting the game to ten points, but a late pick-six ended all hopes for a miracle win.

After beginning the season ranked in the top ten and losing in overtime to Indiana, Penn State has been uncompetitive, giving up at least 30 points in five straight games. Penn State travels to Ann Arbor in hopes of their first win.

The Hawkeyes improved to 3-2 and are one of the hottest teams in the conference following two tight losses to start the season. While the conference crown is out of the mix, the Hawkeyes can secure a good bowl with manageable games coming up.

The Scarlet Knights jumped out to a 17-0 lead in the first half, making a fourth straight loss for Jim Harbaugh looking likely. But the former 49ers coach pulled Joe Milton for Cade McNamara, sparking a sluggish offense to 35 points in regulation.

Rutgers was able to force overtime with a late touchdown and a two-point conversion, but the Wolverines were eventually able to hold off the upstart Scarlet Knights with a touchdown in triple overtime.

Despite the win, critics of Harbaugh haven’t been silenced. In his sixth year, Michigan isn’t any closer to competing with Ohio State for championships. But a win did save Michigan from one of their worst starts in program history.

Rutgers, while only 1-4, is one of the most improved teams in the conference. After years of being shut out by regular Big Ten powers, the Scarlet Knights have been competitive in each game this season. A few winnable games remain for Rutgers, especially with Penn State on the horizon.