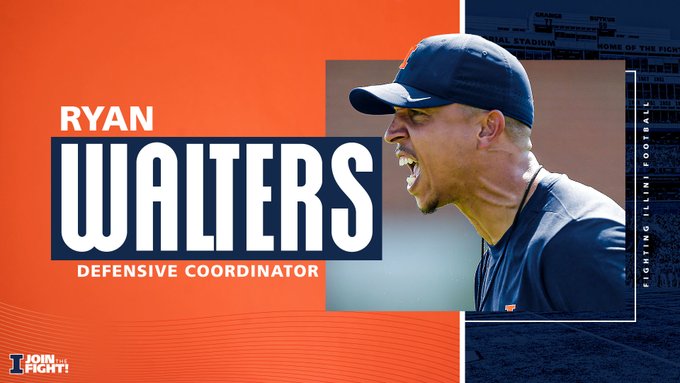 Ryan Walters was announced as Illinois defensive coordinator on Thursday.

“It is a great pleasure to bring Ryan here to the University of Illinois Football Family,” Bielema said in a press release. “Ryan has demonstrated great success in his coaching career as an assistant, as a coordinator and as a leader of young men. He’ll be a great addition to our staff to help us motivate, recruit and develop a roster full of champions. Ryan and his family will be a terrific fit in our program, at our university and in the Champaign-Urbana community.”

Stealing Walters from rival Mizzou is not only a big get for the fanbase and bragging rights, but it’s a monumental step forward for an Illini defense that struggled in 2020. Walter has spent the last six seasons with the Tigers, starting off as the defensive backs/safeties coach — a position he retained all six years — then moving to co-defensive coordinator for two seasons, and finishing his last three seasons as defensive coordinator.