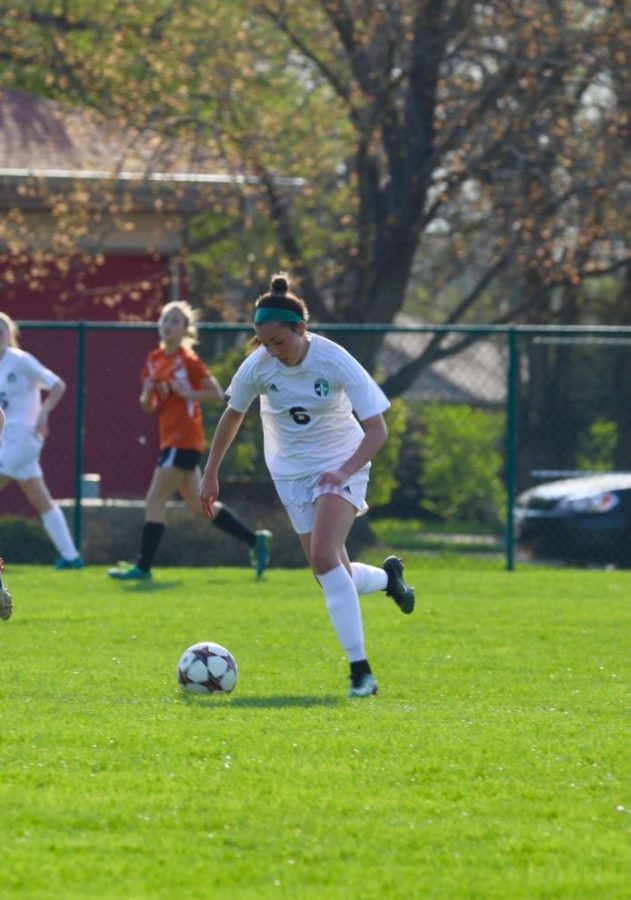 During senior year of high school, Mackenzie Schuler was set to play soccer at Southern Illinois University in Edwardsville. However, after a change in heart, Schuler chose academics over athletics and choose Illinois. A month into Schuler’s freshman year, she decided to take a chance and get in contact with the Illinois soccer coaching staff for a tryout.

“There’s nothing to lose, might as well try, wouldn’t hurt,” Schuler said. “I’ve grown up my whole life playing soccer and loved it.”

Being a three-sport athlete playing soccer, volleyball and basketball, she enjoyed being part of a team and competing, so Schuler felt playing soccer suited her rather than joining greek life.

In a normal year, Schuler’s tryout would have been with the team. However, due to COVID-19, the tryout was by herself and the coaches in a safe and socially distant environment.

“In a non-COVID year, we would have probably had an open tryout and done things a little bit differently,” said head coach Janet Rayfield. “We didn’t want the pandemic situation to be the thing that interrupted what would normally be an opportunity for someone to have the ability to play.”

Once accepted and all the necessary paperwork and medical tests were finished, she was ready to start training. Like tryouts, training was by herself because the soccer team had already gone through the necessary quarantine protocols when they arrived back in July. Out of safety for her and the coaching staff, Schuler needed to take a COVID test every other day.

Over the course of the entire fall semester, Schuler trained one on one with assistant head coach Jeff Freeman twice a week. Then she conditioned on her own on the other days, with workouts from the strength and conditioning soccer coach.

“I think she (Schuler) was able to exhibit her athleticism, technical ability and just her ability to commit to what it takes,” Rayfield said. “For someone to commit to the protocols and testing on the regiment our team was on and doing all of that by herself to get this opportunity, I think she showed a lot of the intangible qualities that we look for when we bring an athlete into our program.”

Though Schuler had been part of the team since September, she didn’t meet her teammates until the day before everyone left for Thanksgiving break, which was the same time they all found out that she was a walk-on that was training with Coach Freeman.

The Peoria, Illinois, native was finally able to start training with her teammates on Jan. 15 once they were finished quarantining and had taken their mandatory COVID-19 tests.

“Today (Jan. 15) at practice, it was just like I had been on the team for weeks, like everyone just took me and made sure to include me, talk to me, made sure I knew what was going on, get me playing, and doing everything that they were doing,” Schuler said.

Rayfield said family is an important part of the team. Whenever new players join the team, she says the athletes trust her enough to realize that the ones coming in will be able to help and contribute.

Now fully integrated with the team, Schuler is excited to play with her teammates while getting to know them and bond with them. With the season looking to begin in the spring, Schuler hopes the team can win as many games as possible.