Illini to host Hawkeyes in first home meet of season 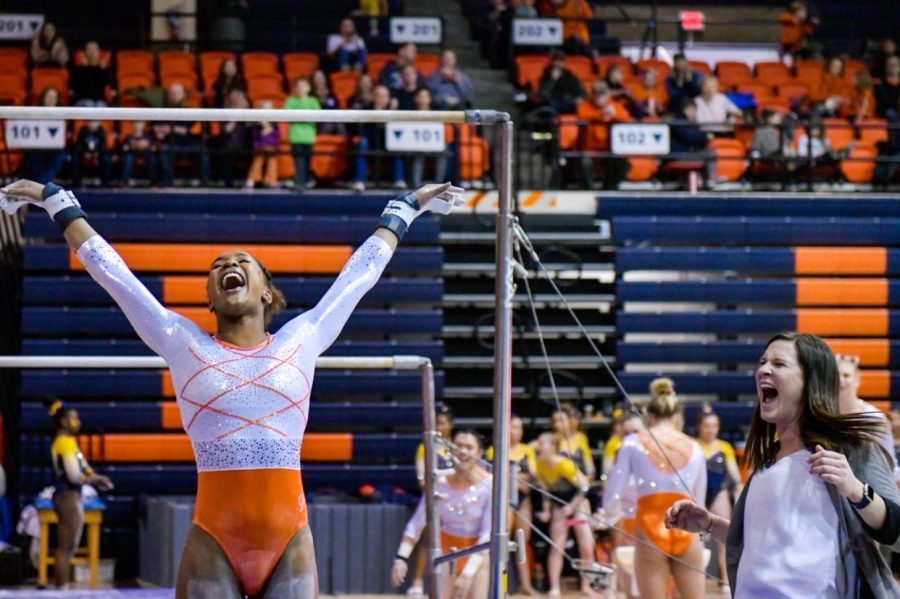 For their first home meet of the season at Huff Hall, No. 18 Illinois welcomes No. 9 Iowa on Sunday.

“And I believe that our team is stronger on the other events and we have the capabilities to come out with another wind this weekend, but we can’t take it for granted. I think that the team doesn’t take anything for granted when your season gets shut down the prior year. So we’re in a good place.”

The Illini were focused on the small details this week during practice. They are pumped to show how much their efforts paid off and are looking to extend their win streak to four in a row. They had four days of training and they expect big things at the meet.

The past three years Illinois has had Iowa’s number, whether at Huff, Iowa or even at the Big Five meet. Even with this win streak, they still view this as a challenge and are not overlooking Iowa, each past meet has been close and this is a great opportunity to measure themselves up against the rest of the Big Ten and the country.

An event the Illini focused on this week during practice was vault. In comparison to their normal standard, it has been a struggle this year.

It hasn’t affected their overall results, but they rank 40th in the country on the event. A big drop off from their rankings of 13, 14 and 18 on floor, beam and bars. Coach Walsh applauded the work and changes the vault team has put in this week to address the struggles.

“Sometimes with gymnastics, when you’re doing such high-level skill, you need to take a step back and make the skill a little bit more simple, go back to basics, go back to soft landings and not be on a competition surface,” said coach Walsh. “We focused on that this week and then we will ramp up at the end by doing … main events where they actually do a mock meet on certain events. So I think the balance of stepping backward will actually launch us forward.”

Coach Walsh downplayed the idea of any extra motivation coming from Iowa having four Illinoisans on their team. The gymnastics community is already small, so no matter what school the Illini compete against, the gymnasts of each team for the most part are already familiar with each other.

Their perspective of competition doesn’t change, no matter the opponent they give it their all and try their best to win all their meets.

“We knew we had the ability to do these kinds of meets and  … watching it come to fruition has been really exciting, but I also know we’re not satisfied,” said senior Kylie Noonan. “I know we can do a lot better and I know the whole team is excited to show that in our upcoming meets against other conference teams and other teams in general. So I think it’s an exciting start, but it’s definitely just the beginning.”

Rankings were based on the weekly Road to Nationals NCAA poll.