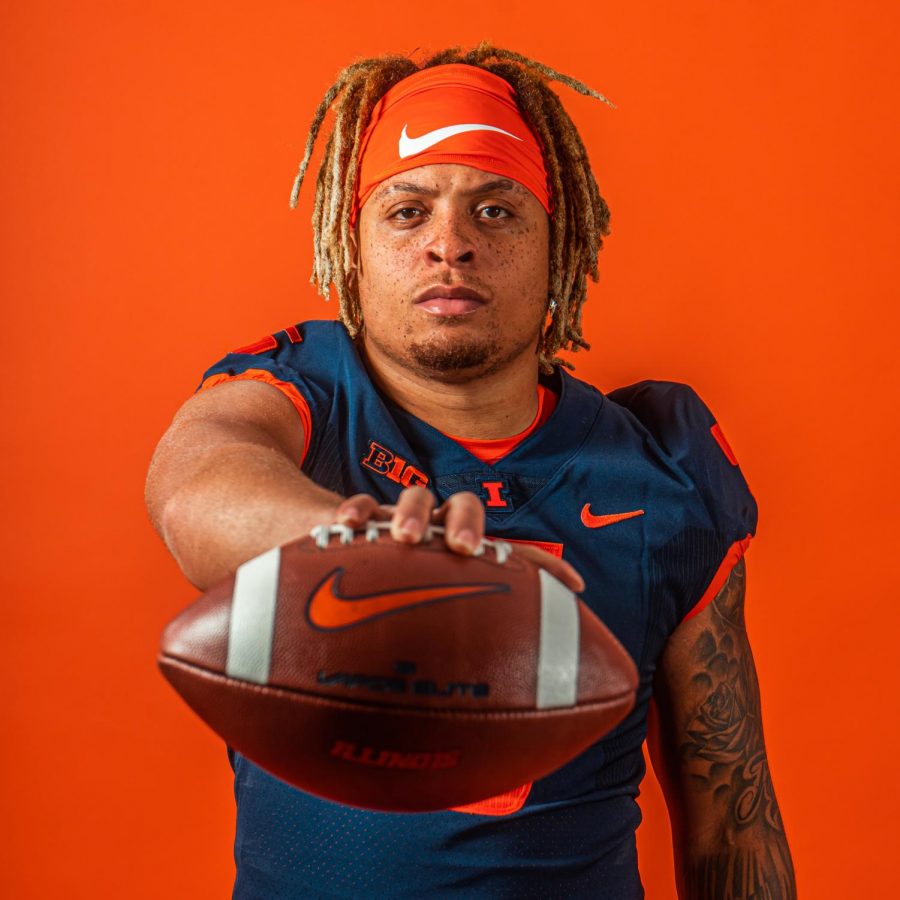 When Bret Bielema finally got settled in at Illinois — after the initial wave of seniors declaring for the NFL Draft or announcing their return — needs had to be addressed on both sides of the ball. But there was a noticeably gaping hole at the linebacker position, something that has rarely been an issue in the history of Illinois football, all the way from Dick Butkus to Jake Hansen.

Looking at the depth chart, Khalan Tolson is the only linebacker with substantial experience. While Tarique Barnes started to develop in the shortened season and Shammon Cooper showed promise as a young player, they all suffered season-ending injuries this fall. So Bielema needed someone who could make an impact quickly. Luckily for him, Calvin Hart Jr. had the same goal in mind when he entered the transfer portal near the end of 2020.

“That’s one of the first things that drew my attention,” Hart said. “Coming into the transfer portal, I wanted to have an effect right away, that’s pretty much what the goal is for me. So being able to hear that there was some guys down, hopefully they’ll be able to heal up soon and get the rehab they need, then there were some guys going to the draft, it seemed like a spot for me to be able to walk in and create things quickly.”

After three years at NC State, Hart was looking for a change and a place that would value him and his talents. Playing two seasons at NC State under coach Dave Doeren, Hart recorded 53 tackles, 8.5 tackles for loss and 3.0 sacks.

The former three-star prospect out of Florida still has three years of eligibility remaining and assuming he would be granted a waiver by the NCAA, it would be no surprise to see him in a starting role come August.

While making the jump from a rotation player to a starter at a new school in a new conference may seem like a daunting task, one of Hart’s goals when entering the transfer portal was to make a “bigger impact on defense.”

“I’m going to bring a lot of turnovers to the defense,” Hart said. “I pride myself with trying to strip the ball as much as I can and just try to force plays and disrupt plays. That’s kind of what I do. I run to the ball, I’ll be one of the first guys to get to the ball, first on contact. My competition is myself so with each play I try to go as hard as I can, that’s how I’ve been raised so that’s how I do things on the field.”

While the initial attraction to Illinois was the potential starting position, Hart quickly developed a genuine relationship with Bielema or “Coach B” that ultimately drew him to Champaign. Hart did get a little help from Doeren, who coached under Bielema at Wisconsin from 2006-2010, including three seasons as the defensive coordinator.

Once Hart entered the transfer portal, Bielema reached out to Doeren to get an opinion from a successful professional and a friend.

“I just heard Coach Doerne was basically saying, ‘You’re getting a good guy, you’re getting somebody that I don’t want to leave, so the fact that I still want him here should be all the reason why you should recruit him.’

“…Coach Doerne didn’t want me to leave, of course, but they had a good conversation and that’s how I ended up here.”

Hart described the transfer portal process as “hectic” but once he got talking with Bielema about his experience and plans for the linebacker, Hart was ready to be an Illini.

The thing that caught Hart’s attention the most when talking to Bielema was his set plan for the future at Illinois. Hart said a lot of teams try and contact players with “bs,” but with Bielema, facts and evidence backed up his recruiting pitch.

“Where he’s coming from, he’s coached linebackers in the NFL and my goal is to go to the league and hopefully play in the NFL for a good time,” Hart said. “So just being able to learn from that and the great conversations speaking about that and what I can do and he can see me doing that.”