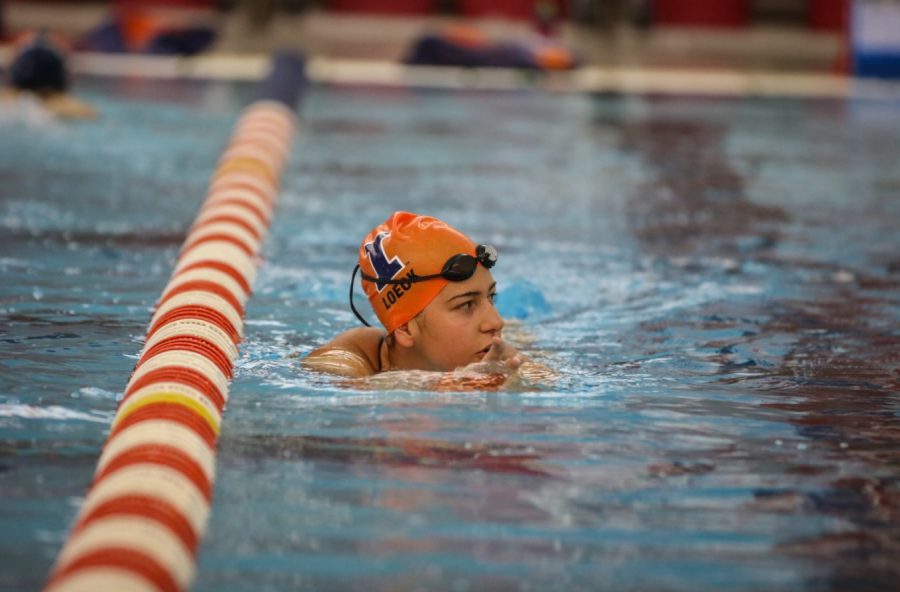 With the Illini swim & dive team preparing for the 2021 Big Ten Championships, their playoff competition marks the end of a season that can only be described as one of a kind.

COVID-19 protocols and safety guidelines shortened this year’s season to only four meets, limited their opponents to in-conference only and even canceled one matchup against Michigan State earlier in the season.

To begin the season, many details were up in the air, as schools debated whether to have a season, but all eyes are currently on the seniors on the team as their collegiate careers are beginning to come to an end.

McCord has an opportunity to come back for a fifth year next year since injuries forced her to redshirt her sophomore year, but she has declined the opportunity and instead is focusing on her graduate school academics.

“The redshirt decision my sophomore year was a difficult one, but necessary,” she said. “I feel like I was able to make a lot of progress towards my goals last year after being able to come back, but I have been dealing with other injuries now and getting surgery for those later this spring has made it a little harder, especially during COVID.”

McCord points toward the coaching staff and their motto, “control what you can control,” with helping shape her as a person. She believes hearing that phrase “a thousand times,” has really helped with her development.

“Everyone on the team now says that I’m a totally different person than I was freshman year, and it’s totally true,” McCord said.  “When I first got here, you might as well call me a nervous wreck. I was anxious about everything. Now, I can have a bad practice and just let it roll off because I know I did what I needed to do today, and it might not have worked out the way I wanted to, but it will be OK. I think that has been a big life lesson that swimming has taught me here.”

Though injuries have prevented her from entering the pool with her teammates, she says she has been able to focus on being a leader and advocator for her younger teammates on the team.

“I’ve been able to see just how much this team has grown since my freshman year,” McCord said. “The positive energy has grown a lot, and I think there has been a mindset shift on the team knowing that we may not be on the top of the top in the Big Ten, but we can still get up and compete against some of the best schools and put up really fast times, no matter what.”

Throughout the whole pandemic, McCord believes she has learned how important it is to enjoy the little moments and take life one day at a time “instead of worrying about how I’m going to get through the next practice or what if I don’t go best time,” which is something she thinks head coach Sue Novitsky helps guide all the swimmers with.

“I feel like Sue really likes watching us grow as people,” McCord said. “She sees swimming beyond just the times and the practices. She really helps us truly embrace the student-athlete experience and … know that we’re not going to remember what times we went while we were in college, but we’ll remember the skills we developed and the friendships we made along the way.”

The senior’s final playoff match will be during the Big Ten Championships that will take place from Feb. 23-27.