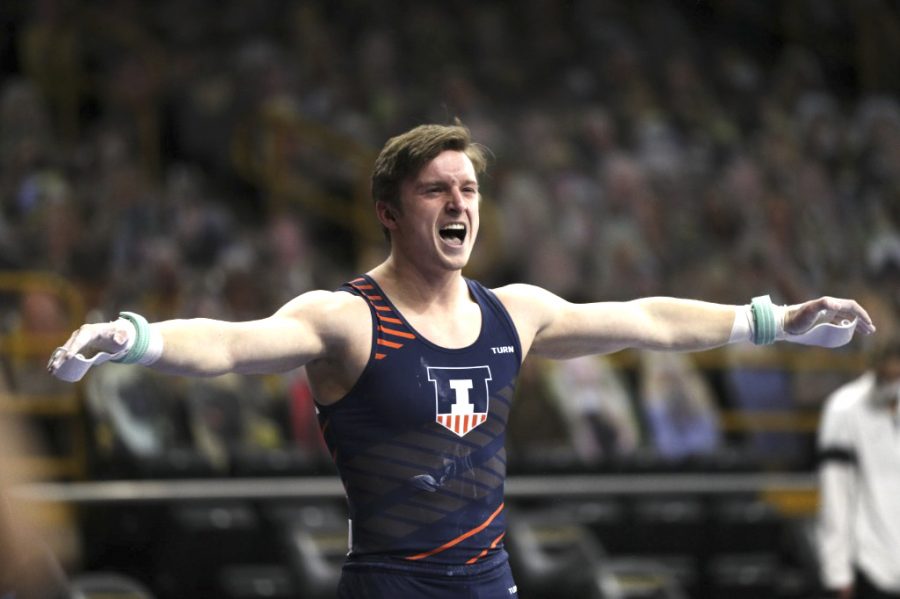 Danny Graham celebrates after a his routine on the rings during a meet against Iowa on Feb. 13, 2021. Graham recently received the Nissen-Emery award, which is the most distinguished award in college gymnastics.

Graham, graduate student at the University and fifth-year gymnast, competes exclusively on parallel bars and still rings. After redshirting the 2019 season due to a broken tibia, he came back in 2020 and found his greatest success on still rings. He earned All-American honors last season, and this year, he picked up right where he left off when the season ended a year ago. He has been a consistent anchor for the Illini on still rings this season, and in the five meets Illinois has competed in, Graham won the still rings title in four of them.

Illinois claims four Nissen-Emery winners in its history, including current head coach Justin Spring. While an Illinois gymnast has been nominated for the award in nine of the last 10 years, the last Illinois gymnast to receive the award was Paul Ruggeri in 2012.