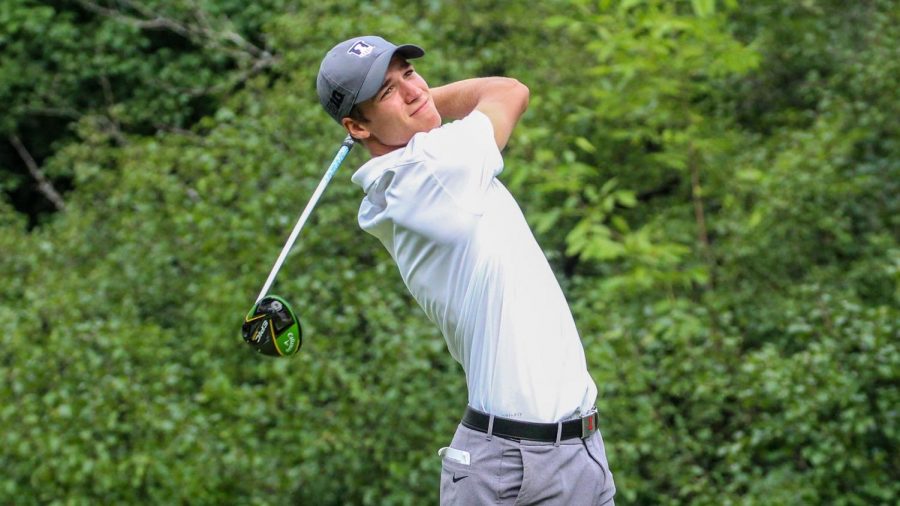 The Illinois men’s golf team came up short in a nail-biter at the Boilermaker Invitational in West Lafayette, Indiana. The Illini finished second, just two strokes behind first-place Kent State. Junior Adrien Dumont de Chassart led the Illini with a score of 213 (-3), good enough for fourth place among the field.

“We made a good effort today,” Head Coach Mike Small said. “We got back into a tie for the lead with two holes to go, and unfortunately made four bogeys the last two holes, which you can’t do, and we came up a little bit short.”

Round one was underwhelming for the Illini as a team; they recorded 15 bogeys, one double-bogey and just 12 birdies. Chassart finished in 10th place at the end of round one and was the only Illini inside the top-20. As a team, the Illini ended the round in seventh.

The second round took place immediately after round one on Saturday. The Illini improved drastically in round two as each golfer, other than Chassart, improved on their round one score by at least two strokes. The Illini sat in third place at the conclusion of round two.

While Chassart maintained his 10th place spot, fellow junior Tommy Kuhl surpassed him. Kuhl shot up 19 spots, ending round two in fourth place. Kuhl birdied five times in the second round on his way to a team-best round score of 69 (-3).

Sophomore Jerry Ji improved by three strokes in round 2 moving him into 15th place. Senior Michael Feagles had the biggest improvement in round two, shooting five fewer shots than he did in round one. Unfortunately, it was not enough to make up for his disappointing first round; he finished round two tied for 36th place.

“It was a slow start today and that’s something that we talked about needing to do a better job of avoiding,” Small said. “But a lot of these teams are good teams, and they came out firing today. We’re going to have to match their intensity.”

Sunday’s third round went the Illini’s way for the most part. Chassart replaced his teammate Kuhl in fourth place, while Kuhl dropped 10 spots to 14th place. Ji moved into the top-10 on Sunday finishing ninth. Chassart and Ji birdied three times each in the final round.

Feagles anchored the team in the final round tying Kuhl’s team-best round score of 69 (-3). He finished the tournament strong with three birdies and the team’s lone eagle in the third round.

The Illini were locked in a tie with Kent State with two holes to go in the final round but four bogeys to end it left them in second place. Feagles’ effort in the third round shot him into the top-20 finishing in 17th place. Following Feagles was fellow senior Giovanni Tadiotto in 21st.

A second-place finish is far from disappointing for Small and the team, but being so close at the end made this one hurt a bit more. Still, the Illini have yet to finish outside the top-5, in any event, this year.

“The effort is always good with this team — they always try hard — but the efficiency was better today up until a couple of holes to go,” Small said, “I think that even by finishing second today, we gained some valuable experience.”