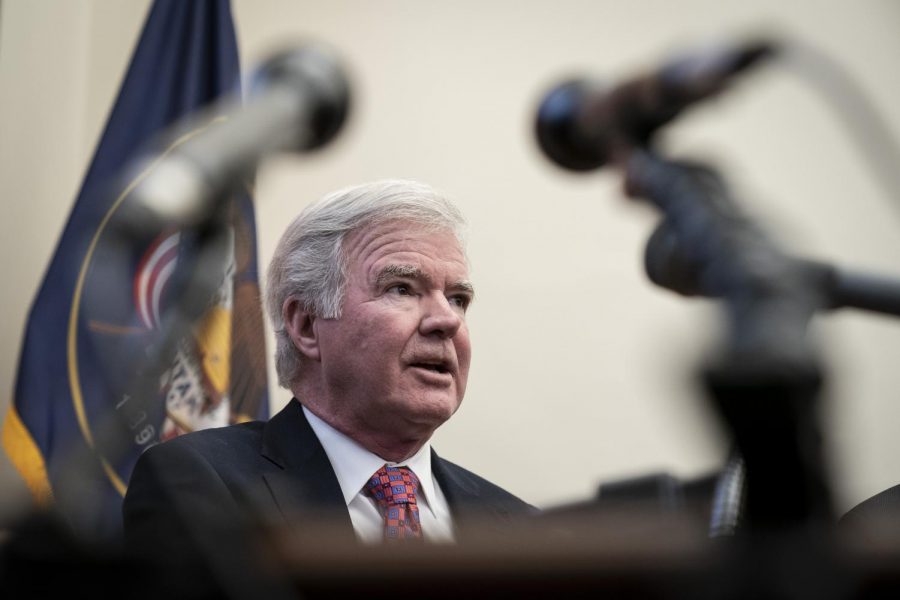 NCAA President Mark Emmert, speaks out against anti-transgender legislation at a brief press availability on Capitol Hill on Dec 17, 2019. Emmert’s lackluster initiative in the past ten years demonstrates a need for new leadership, Claire O’Brien writes.