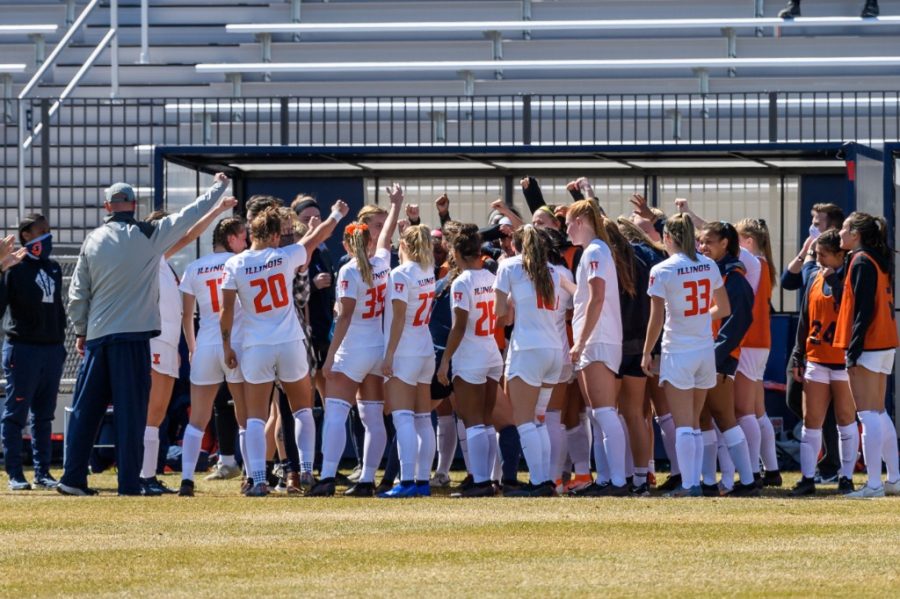 Fighting Illini Athletics Members of the Illinois women’s soccer team huddle up on the sideline during the game against Ohio State March 21. The team finished the regular season with a 6-4-1 record.