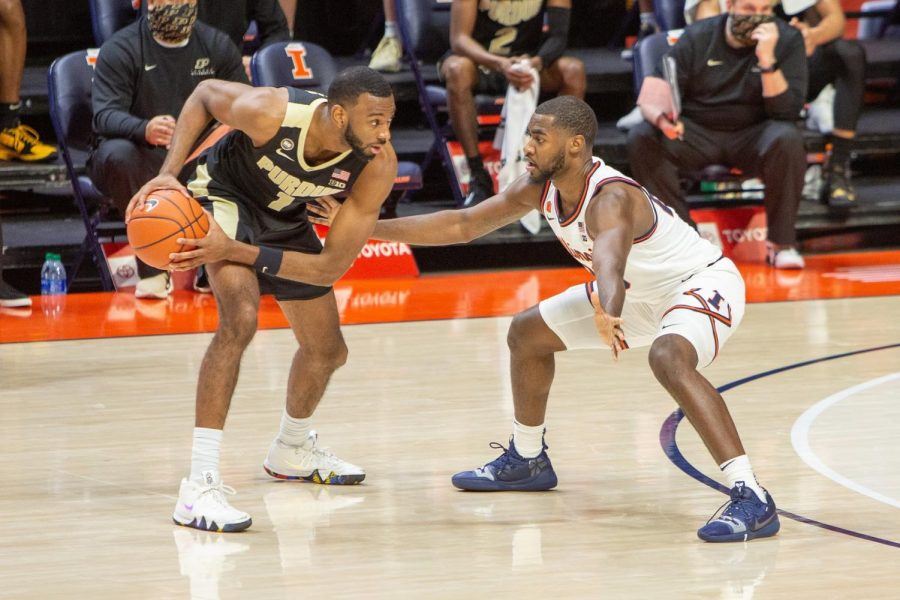 Senior Da’Monte Williams plays defense during the game against Purdue Jan. 2 at State Farm Center. Williams announced Wednesday that he is returning for a fifth season.

Senior Da’Monte Williams is returning to Champaign for a fifth year, he announced Wednesday afternoon on social media, joining Trent Frazier in using the extra year of eligibility granted to all NCAA athletes.

Williams averaged 5.5 points, 5.3 rebounds and 1.7 assists per game, all of which are career-highs, as a senior last season while starting 17 games. After not being comfortable with his shot from behind the arc in his first three years, the Peoria native flipped a switch last season, shooting 54.7% from deep.

The senior guard also is known for his lockdown defense, as he brings the intensity on both ends of the court every game.

Aside from the center position, head coach Brad Underwood should have few concerns about his squad next season, especially with the returns of Frazier, Andre Curbelo, transfers Alfonso Plummer and Austin Hutcherson and a slew of incoming freshmen.