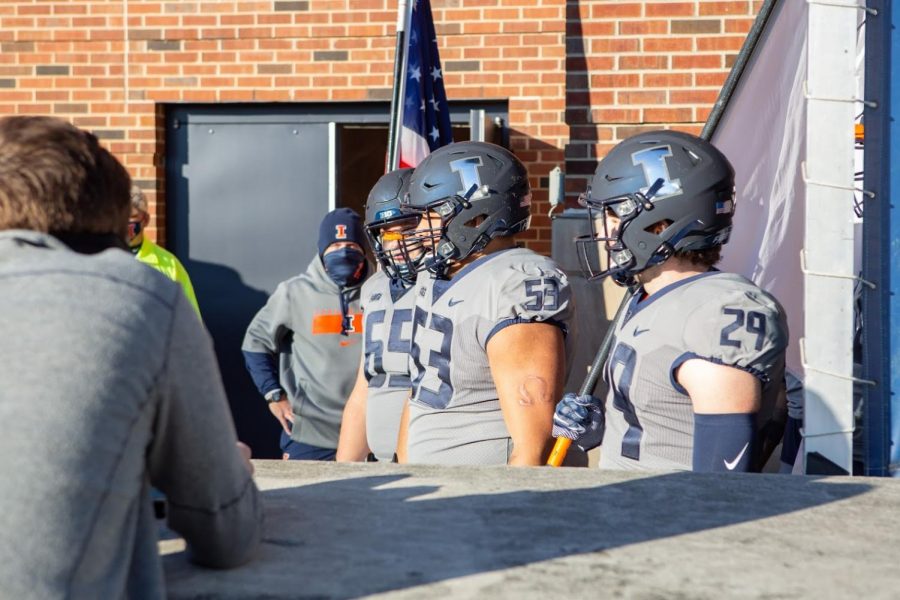 Kendrick Green (53) stands with teammates prior to the game against Iowa at Memorial Stadium Dec. 5.

Former Illinois offensive lineman Kendrick Green was selected by the Pittsburgh Steelers in the third round of the 2021 NFL Draft, becoming the first Illini taken in the draft since Nick Allegretti was picked by the Kansas CIty Chiefs in the seventh round of the 2019 NFL Draft.

Recruited as a four-star defensive tackle out of Peoria High School, Green opted to redshirt his first year in Champaign in 2017. The next year, Green shifted to the offensive line, starting all 12 games at left guard and establishing a running game that was the second-best in the Big Ten with 243 yards per game.

Green went on to start all 33 games in his three seasons for the Illini, and he earned consensus All-Big Ten First Team honors and was named to USA Today’s All-America Second Team, becoming the first Illini to earn All-America honors since 2011.

Green is the first Illini to be drafted by the Steelers since Terry Hawthorne in 2013, and the Peoria native likely will get time at either guard or center for the Steelers going forward.