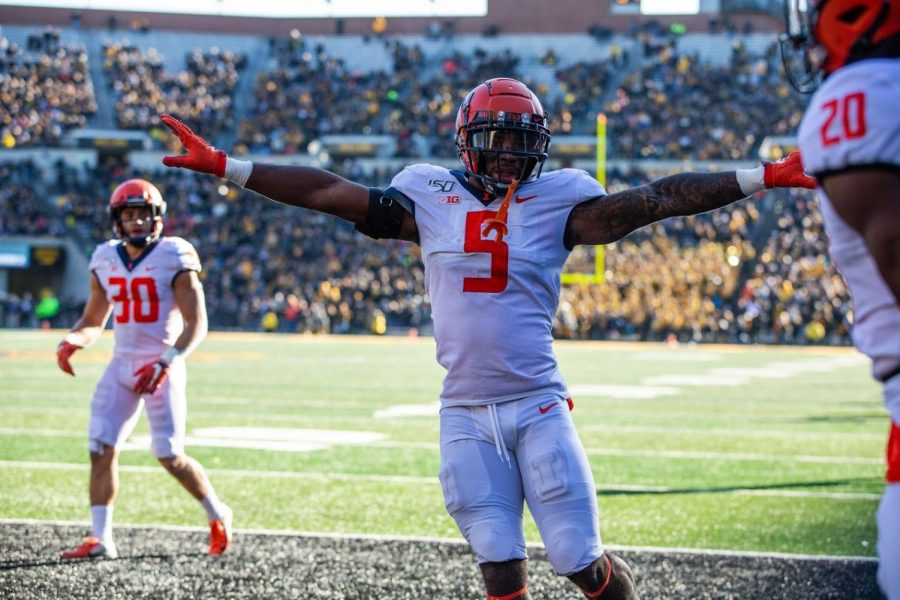 Milo Eifler celebrates an incompletion during the game against Iowa Nov. 23, 2019, at Kinnick Stadium in Iowa City, Iowa.

After not hearing his name called during the 2021 NFL Draft, former Illini linebacker Milo Eifler has signed with the New York Jets as an undrafted free agent.

After spending two years, one of which he redshirted, at the University of Washington and playing in all 13 games for the Huskies in 2017, Eifler transferred to Illinois with two years of eligibility remaining. He quickly took on a key role in Lovie Smith’s defense playing all 13 games while starting 12 of them as a junior.

In his first season in Champaign in 2019, the Berkeley, California native made 63 tackles, including 10 for a loss, and one fumble recovery. He recorded the only touchdown of his collegiate career on that fumble recovery, returning it seven yards for a score at Minnesota Oct. 5, 2019.

Despite missing three games due to injury in his senior season last year, Eifler still made five starts at linebacker and made 27 tackles.

Eifler will try and make the 53-man roster as the 2021 season approaches.